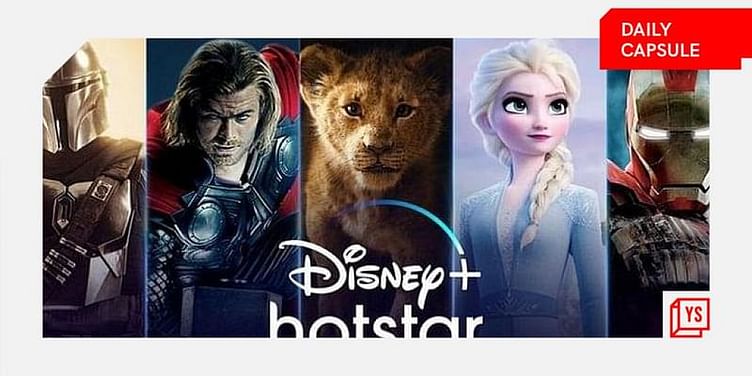 According to reports, Viacom18 bought the digital rights for Rs 20,500 crore, while Walt Disney Co.-owned Disney Star snagged the television rights for around Rs 23,600 crore for the Indian subcontinent.

Feels like we’ve been saying goodbye to quite a few things this year.

First, Apple killed the iPod after 22 years of leading the market for music devices. Did you know the company has sold more than 450 million iPods?

Now, Microsoft has decided to retire the 27-year-old Internet Explorer. While its market share may have dropped to less than 1 percent in recent years (~0.61 in 2021), one cannot downplay the browser’s iconic status and its impact on modern-day internet.

Closer home, IPL fans are also having to reckon with the end of another era, albeit on a smaller scale as Reliance Industries-backed Viacom18 took away Disney+ Hotstar's crown jewel by bagging IPL’s digital rights for a whopping Rs 20,500 crore.

What will Disney+ Hotstar do next? We will have to wait and watch how this move affects the streaming giant’s subscriber base and if it can retain its top spot among OTT players without IPL.

Only time will tell.

What’s next for Disney+ Hotstar

For the past five years, Disney+ Hotstar has been able to attract millions of cricket-hungry viewers, thanks to the streaming rights of the widely popular Indian Premier League (IPL). But IPL fans will now have to download Voot to stream the matches.

And, Disney+ Hotstar will have to go back to the drawing board and plan a non-sports content strategy, industry watchers say.

Disney may have to capitalise on TV ad growth, said Mihir Shah, Vice President, Media Partners Asia, a Singapore-based research firm, adding that “...growth in broadcast subscription income may be challenged due to rate regulation and growing adoption of connected TVs.”

In India, the VC firm has had a few tumultuous months as it found itself in the eye of the storm with some of its portfolio companies embroiled in alleged financial irregularities and corporate misgovernance (think ﻿Zilingo﻿ and ﻿BharatPe﻿). However, it continues to grow.

So far this year, Sequoia Capital India has already seen over $1 billion in exits, a well-placed source in the market tells YourStory. The firm has had over $4 billion in exits over the past year through the initial public offerings (IPOs) of its portfolio companies, including ﻿Zomato﻿ and ﻿Freshworks﻿.

“For close to two years now, around 50 percent of the Sequoia Surge companies are global. The founders are building product-led growth companies, global SME, SaaS software, developer tools, infrastructure security, DevOps, modern data stack, cloud infrastructure, etc. These are technology startups that are building for global developers, global engineers, and so on,” the source adds.

You cannot think digital without ‘APIs’. Every time you use your Google or Facebook credentials to access services of another platform, you have interacted with an API, or an Application Programming Interface.

APIs are the backbone of the internet today, allowing us to use social media sites, book hotels or restaurants, and even check the weather via smartphone homescreen.

Now, decentralised application programming interfaces, or dAPIs, are taking over as more and more decentralised companies using blockchain crop up.