[Funding alert] AlphaSense raises $225M in Series D round, valuation jumps to $1.7 B 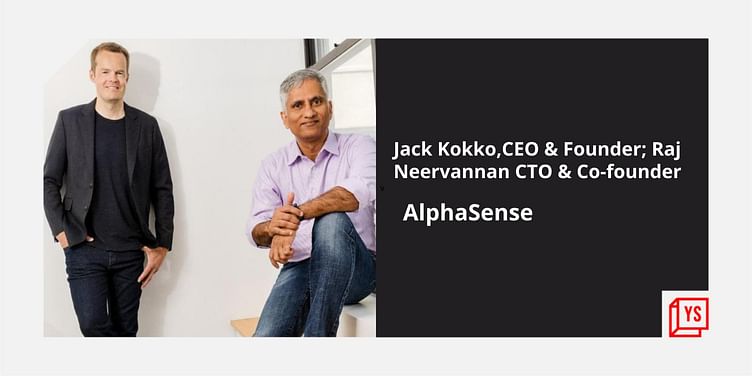 AlphaSense intends to use the funding to grow across all its offices globally, including its innovation hubs in India, which are located in Pune, Mumbai, and Delhi.

This has put the startup's valuation at $1.7 billion, nearly double its valuation during its $180 million Series C round in September 2021, which was also led by Goldman Sachs and Viking Global.

In a statement, the company claims this new funding round includes a substantial debt investment from funds and/or accounts managed by BlackRock earlier this year.

“We are excited to upsize our investment in AlphaSense. Achieving high organic growth and strong business fundamentals while exceeding $100 million in ARR is a substantial accomplishment and demonstrates the team’s focus on building an enduring business in a large market,” said Holger Staude, a Managing Director within the Growth Equity business at Goldman Sachs.

AlphaSense is not only a unicorn now but with an ARR of $100 million, it is also a ‘centaur’, which is 7x rarer (only 150 private SaaS companies globally can make this claim).

[Techie Tuesday] Hailing from a small town in Tamil Nadu, how AlphaSense’s Raj Neervannan went on to redefine search algorithms

The fresh funds will be used to further invest in product development, content expansion, and customer support, and to drive organic growth, as well as strategic transactions. It intends to use the funding to grow across all its offices globally, including its innovation hubs in India that are located in Pune, Mumbai, and Delhi.

Raj Neervannan, Co-founder and CTO at AlphaSense, said, “The Series D round highlights investor confidence and shows the quick pace at which AlphaSense has been growing.”

Headquartered in New York City, AlphaSense employs over 1,000 people across offices in the US, UK, Finland, Germany, and India.

Raj added that the startup recently doubled its presence in India to over 325 people with the recent addition of its Delhi office, and said, "With our hiring efforts underway to recruit the best talent, we expect our employee count to continue to grow substantially in the coming months."