A marketplace for LGBTQ+ entrepreneurs 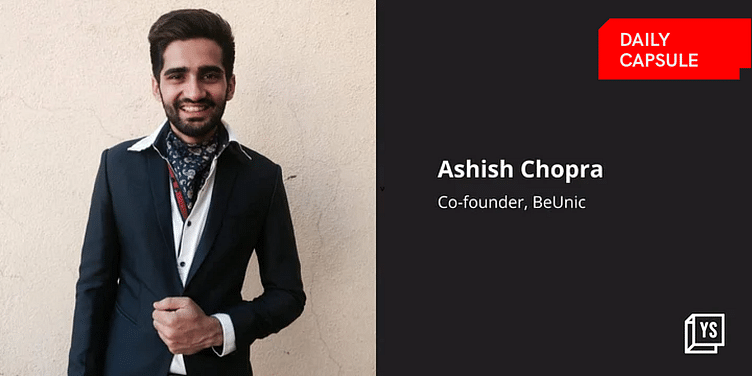 Founded in July 2019 by brothers Ashish and Vishesh Chopra and Simmi Nanda, BeUnic started as a footwear brand in 2019 “to cater to men who want to wear heels”.

A team of students from the Eindhoven University of Technology has developed a prototype electric passenger four-wheeler, which can remove and store carbon dioxide from the air. The aim is to help the vehicle capture more CO2 than it emits during its lifecycle, thus significantly reducing the carbon footprint of using the EV over its lifetime.

Meanwhile, Google Meet now plans to roll out a feature to livestream meetings on YouTube. At the moment, most Google Workplace accounts can use this feature.

Oh, and Microsoft is working on “AirDrop” for Windows.

A marketplace for LGBTQ+ entrepreneurs

Indians are experts at do-it-yourself (DIY), our version of jugaad.

Most jugaad ends with the task at hand, but when Ashish Chopra's mother decided to DIY her son's shoes for a drag performance, it led him to launch a startup.

Founded in July 2019 by brothers Ashish and Vishesh Chopra and Simmi Nanda, ﻿BeUnic﻿ started as a footwear brand in 2019 “to cater to men who want to wear heels”.

A year later, it pivoted to a marketplace, a community-oriented ecommerce platform that enables LGBTQ+ entrepreneurs, artists, and designers to offer their products and services.

Conversational tech platform ﻿﻿Gupshup﻿﻿ raised $100 million Series F round in April 2021 last year. What’s interesting about the fundraise was that apart from turning into a unicorn, this was its first funding in about 10 years. The company had raised its Series E round in 2011.

The company, now in its 18th year, was founded by Beerud Sheth and Rakesh Mathur in 2004. At the time, it was called Webaroo, an offline search engine.

When the idea didn’t work, the entrepreneurs pivoted the model around 2007-08. They wanted to leverage the power of the short messaging service (SMS) and rebranded the company as SMS Gupshup.

The vibrant alcobev scene in India is seeing a number of women at the helm. As brewers, blenders, and entrepreneurs, this is another male bastion women have broken to reach the top.

Their participation in diverse functions such as marketers, consultants, and CFOs makes the alcobev space, an exciting place.