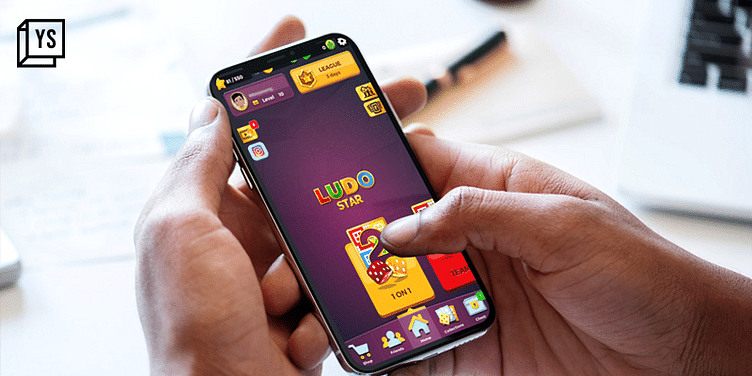 Founded in 2017, gaming startup Gameberry, which offers two flagship products, Ludo Star and Parchisi, has set an ambitious goal—reaching $100 million in annual revenue from the year 2023 onwards while remaining profitable.

Bootstrapped and profitable with annual revenue exceeding $40 million isn’t a common occurrence in the Indian startup ecosystem, but Bengaluru-headquartered gaming company Gameberry Labs has managed this in five years.

And, the founders say this is "just the beginning".

Founded in 2017 by Afsar Ahmad and Govind Agarwal, the startup develops board games. Its two flagship products are Ludo Star and Parchisi, both of which fall under the category of casual mobile video games.

How Tamasha is building a live gaming community to play, host and win

This has led to Gameberry Labs achieving a cumulative revenue of over $100 million. Its current annual recurring revenue (ARR) stands at around $40 million, and the startup says it is a profitable entity with EBITDA margins of around 50 percent.

Afsar says that the team first introduced their board games in India, and was surprised to find them popular in Saudi Arabia, Pakistan, and later Spain and as other Spanish-speaking countries

Gameberry Labs says it has about 100,000 daily active users in India and the country remains potentially a core market for the startup.

The board games of Gameberry Labs fall into the social or casual gaming category and Parchisi, which is similar to Ludo, is popular in the Spanish speaking regions.

Afsar says, “A game like Ludo falls in the niche space where people have enough time to play and also interact with other folks. This appeals to the masses as it solves the core need of socialising.”

According to a report by SkyQuest Technology Consulting, the global board games market was valued at $13.75 billion in 2021 and is expected to reach $30.93 billion by 2028.

Ever since Gameberry Labs introduced its first game in 2017, it started to build steady traction in the market, especially in Saudi Arabia where Ludo Star saw more than two million downloads. Parchisi saw a similar trend. Around 98% of its user base is from outside India.

“These markets did not have the right product which would be interesting to them,” says Afsar.

The COVID-19 pandemic and lockdowns across the world forced people to stay indoors, forcing them to look for new ways to socialise.

Lokesh Suji, Director - Esports Federation of India and President of Asian Esports Federation, says, “Similar to Esports, India's mobile casual gaming market has witnessed prominence since the lockdown during COVID-19. The pandemic stimulated the level of interest in video games among the general public and made it a mainstream source of entertainment for them. People found a way to connect with their friends and others all over the globe virtually through these video games and that got them hooked. This eventually resulted in India dominating the mobile video game segment globally and becoming the largest market in terms of mobile video game downloads.”

Although things started to cool down by 2021 as countries began to relax the lockdowns, Gameberry continued to see traction.

Pradeep Gupta, founding team member of Gameberry Labs, says there has not been a big drop in the user numbers or revenue. Though this startup saw a drop in its user base, it had a modest rise in revenue growth in 2021.

As Lokesh says, “Casual video games are generating more revenue than ever before and have also attracted a lot of investment from brands, with publishers adopting various revenue and monetisation models that have proved to be sustainable. “

According to Gameberry Labs, around 70% of its revenue comes through in-app purchases and the rest through advertisements. The startup attributes its profitability to its low cost of consumer acquisitions and says its popularity has largely been driven by word of mouth.

Gameberry Labs has 110 employees and the average revenue per employee stands at $400,000.

“We focus on the quality of the games and build experiences that people want to share with each other,” Pradeep says.

The report by SkyQuest Technology notes that board games, which have always been a popular form of entertainment, experienced a surge in interest largely due to the internet.

“Another factor that has been impacted by the internet is the growth of digital downloads. Many people now prefer to play board games online instead of at home. This is because online board games are easy to start and can be played with multiple people at once,” the report notes.

Afsar says, “Anybody with a smartphone is a potential user for us.”

Given its user base and increased customer stickiness, Gameberry Labs is now looking at how it can make this connection stronger. One of its key goals will be to build a community kind of network around these games.

“A game like Ludo is a social network and we are looking at what kind of social experiences we can build around this community,” Afsar says.

Next on Gameberry Labs’ mission is building a club around board games, giving people the space needed to communicate. For example, the startup has introduced a mic feature on these games to enable participants to talk to each other to further cement social bonds.

Gameberry Labs believes such clubs deepen the social layer in the games and provide a premium experience to users or players. This is also expected to create a new monetisation route for the startup.

Change your game plan: switch off those gadgets and get ready for board games on Table Top Day

Gameberry Labs is also actively looking at the US market, especially with the Parchisi version, and believes the strong gaming tradition in that country will give the startup a good opportunity to generate higher revenues. At the same time, it aims to build a deeper connection with its user base.

The Ludo segment of board games is very crowded and competitive, given the number of such publishers on Google Play Store.

According to Lokesh, with Google Playstore having 5,000 Indian game publishers offering more than 18,000 games, the path for Gameberry Labs is clear. He adds that even after the lifting of the lockdown, there has been a 10-15 percent increase in the time spent on mobile video games by the users.

Afsar says, “The quality of our products along with the social experiences they offer are sustaining us, but we will constantly innovate to improve.”

Gameberry Labs did experiment with other kinds of board games but had to shut them down due to lack of traction. Its core focus is currently on Ludo Star and Parchisi.

Given the history of Gameberry Labs as a bootstrapped startup, it does not have any immediate plan to raise any external funding and will look at this option only if it aims for some sort of accelerated growth.

“Our next step is how we can get to making $100 million in revenue in one year and we are confident that the year 2023 will be the trigger towards that goal,” says Afsar.

India will likely be a potential key market for startups like Gameberry Labs as the market size for the casual game segment is expected to touch Rs 16,900 crore by 2025 and the increased penetration of smartphones with cheap internet plans will only make this pie bigger.