Hustling? How about no? 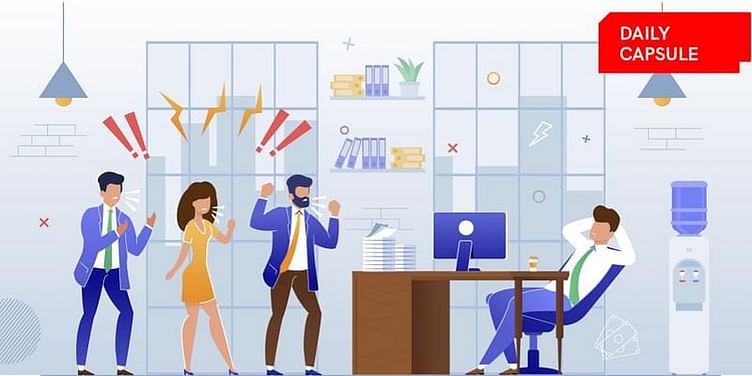 An increasing number of startup employees no longer want to work unreasonable hours under exorbitant pressure. Could this mean an end to the hustle?

For the fifth session in a row, domestic indices have ended the day in red—albeit slightly—on Tuesday as the Sensex lost 37.7 points to 57,107 while Nifty fell ~9 points to 17,007. On the other hand, the rupee ended marginally up but remained at record low levels.

Speaking of money, Gautam Adani has once again lost the second-richest tag to Jeff Bezos. Oh, and Mukesh Ambani has fallen out of the top 10 list entirely, landing at 11.

ICYMI: Star Wars’ Darth Vader will now be voiced by A.I. as 91-year-old James Earl Jones steps back from the iconic role after over four decades.

Age of the machines indeed…

Here’s your trivia for today: Which city is home to the most billionaires in the world?

Startup employees are ditching the ‘hustle’

The hustle culture in the Indian startup ecosystem has become more than just a frustration. This was reflected by widespread outrage on calls for working 18 hours a day or giving interviews at unconventional hours.

Many employees working in startups are now pushing back—raising their voices in company town halls, demanding overtime and paid leaves, and even sharing their concerns on social media.

The ‘sweet’ Mullick legacy of 130+ years

For 137 years, Balaram Mullick and Radharaman Mullick (BMRM) has been making the streets of Kolkata sweeter with its mouth-watering sweets and delicacies.

“We are one of the favourite brands of our people but staying here is an opportunity with a lot of responsibility. Every customer comes with an expectation. It feels very nice, but to be able to fulfil it is always a pressure,” says co-owner Sudip Mullick.

Vibhore Sharma and Amit Behl co-founded Capital 2B as a $75 million venture capital fund with a specific focus to invest in deep tech startups in India—numbering around 3,000, according to NASSCOM.

“There are a lot of investments that are happening in the deep tech space in the last two to three years as many see the possibility of something big emerging here,” Vibhore says.

Which city is home to the most billionaires in the world?