Why Capital 2B wants to focus on deeptech startup investments 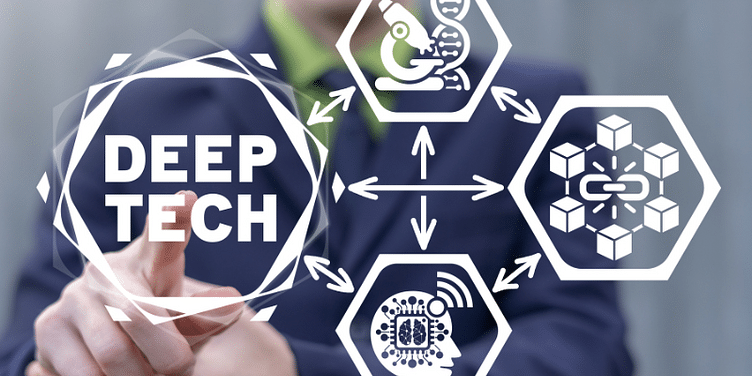 Capital 2B believes deeptech startups in India have the potential to create outsized outcomes if they receive funding support and mentoring. The VC fund aims to invest in about 20-25 startups over a period of time.

A self-taught technologist who rose to become the chief technology officer of Info Edge India, Vibhore Sharma has now set his sights on nurturing deeptech startups in India.

Having seen how technology has evolved over the last two decades, Vibhore believes that the ecosystem will see more such businesses emerge.

“One thing that has stayed with me is that companies building real businesses and not changing the tech stack very often with a focus on building the product for the consumer stay around longer and create more value,” he says.

Vibhore Sharma is the partner at Capital 2B, a $75 million venture capital fund founded early this year with a specific focus to invest in deeptech startups in India. The other partner of this fund is Amit Behl, an IIM Calcutta alumnus, has been associated with the private equity and venture capital industry for close to two decades.

Deeptech startups as a category is still evolving in the country and slowly gaining prominence. According to NASSCOM, India had over 3,000 deeptech startups as of 2021, growing at a compounded annual growth rate (CAGR) of 53% in the last 10 years. This segment raised $2.7 billion in funding in 2021.

“There are a lot of investments that are happening in the deeptech space in the last two to three years as many see the possibility of something big emerging here,” Vibhore says.

Vibhore believes deeptech startups have arrived a pivotal point with new companies being founded by both hardcore technologists and academics. This has now found support from the investor community, academic institutes, and the industry.

“There are a lot of people out there who believe they can solve problems at scale with their solutions and set up a company,” Vibhore says.

At the same time, deeptech startups do not fall under any conventional definition and are generally entities engaged in advanced technologies with the potential to simplify and solve complex issues.

Vibhore cites the example of Google Search, which in its earlier days was thought of as something not possible as it involved searching for unstructured data. However, it has now become commonplace and there is greater understanding of how it works. This, he says, was born out of deep research.

As a VC firm, Capital 2B believes Indian deeptech startups have the potential to build something that is valuable and come up with solutions that find application across the world.

Having witnessed the various technology shifts, Vibhore understands that having a solution is one thing but turning it into a viable business proposition is a “completely different ball game”.

“There are many technologists who believe they have a solution for a problem but they are not really business people,” he says.

Vibhore elaborates that there are many things that need to be looked into before one can even think of founding a startup. These include evolution of the ecosystem around any new technology, regulatory environment, market demand etc.

In addition, given the wide spectrum of deeptech, there needs to be understanding of the solution and the associated intellectual property (IP). Typically, owners of these IPs are quite hesitant in divulging its value. All these points make it challenging for an investor to make an assessment on the potential business opportunity.

However, the biggest challenge an investor faces is the applicability of the solution.

“Deeptech startups have very binary goals and one needs to understand whether the tech will work or not,” Vibhore says. He adds that while startups from non-deeptech segments can morph into something else, this is usually not possible with deeptech startups.

Timing also matters as there a situation may arise where the market may not be ready for a deeptech startup’s solution.

This has also led to deeptech startups finding it challenging to raise funding post the Series A level. Many of them are also moving their headquarters out of India to get better traction.

Given this environment, Capital 2B aims to invest anywhere between $200,000 to $3 million in each startup, intervening at the pre-seed, seed, and Series A stages.

The investment areas of the venture fund will be in four segments:

Capital 2B, which is backed by the likes of Info Edge and Temasek, has made the first closure of the fund and expects to make the full close soon.

On the USP of Capital 2B, Vibhore believes operational experience can help deeptech startups in multiple ways, including creating the right product-market fit, working on the go-to-market strategy, setting up organisational structures, scaling operations etc. This will also include helping startups raise their next round of funding.

The Partner of Capital 2B feels more success stories need to emerge from the deeptech segment in India, which can galvanise others to invest further resources.

“We hope to find as many winners as possible and create great outcomes for those companies as well as founders,” Vibhore says.

(This story has been updated to correct factual errors.)