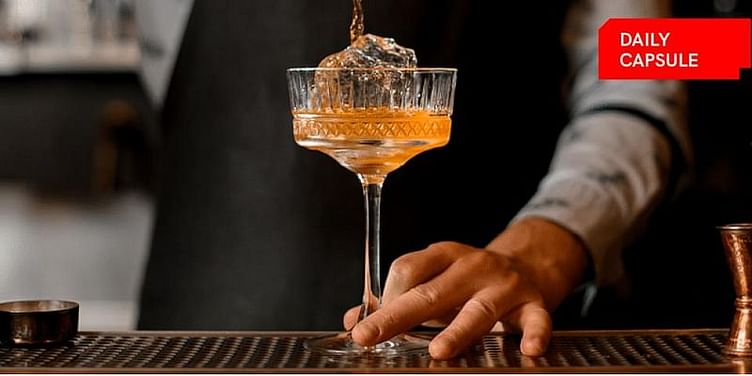 India’s gin market is bubbling with activity and its nerve centre lies in Goa. Led by Greater Than, the country has more than 10 homegrown gin brands today. However, this is just the beginning.

Have you said your goodbyes yet?

After a tweet quoting a German politician went viral, the internet has been abuzz with conspiracy theories that “something big”—world-ending level—is going to happen today.

Even as apocalyptic theorists continued with their sensationalist ideas—with some even turning to The Simpsons show for inspiration—it turns out that the MP, Friedrich Metz, had merely misspoken, confusing February with September while referring to the beginning of the ongoing Russia-Ukraine conflict.

But hey, anticipating doomsday can be a fun hobby, right?

Meanwhile, stock markets around the world are feeling the heat. On Friday, stocks fell globally as banks hiked interest rates to counter the effects of inflation.

Closer home, domestic indices saw a fall of ~2% while the rupee hit a record low breaching the $81-mark during the day, ending at $80.99.

Last but not least, here’s a guide on how to argue better. The secret: trying not to win.

Here’s your trivia for today: Which is the longest naval vessel ever built?

Inside India’s ‘gin-aissance’ in Goa

While Goa may be famous for its beautiful beaches, cuisine, and nightlife, it is also making a name for itself as a hub for alco-bev experiments.

While many students in senior secondary schools opt for career counselling, the field is largely unorganised. This calls for the need to confront, manage, and combat the Great Indian Talent Conundrum (GITC).

Vadodara-based ﻿CareerNaksha﻿ provides personalised, data-driven, psychometrics-based career counselling to anyone who requires it with a specialised focus on Tier III cities and beyond.

Next year, financial services firm JM Financial will celebrate 50 years of supporting companies like Tata, Amul, Hindustan Unilever, and many others.

“It takes a decade to build your brand to bring distribution, all expertise, as well as hiring new talent, managing effectively, and making a franchise successful, and the same is true with us," says Vishal Kampani, Non-Executive Vice Chairman, JM Financial.

Which is the longest naval vessel ever built?

Answer: The ​​342-metre long USS Enterprise, built by the US Navy in 1958-61. She is also the first-ever nuclear-powered aircraft carrier.