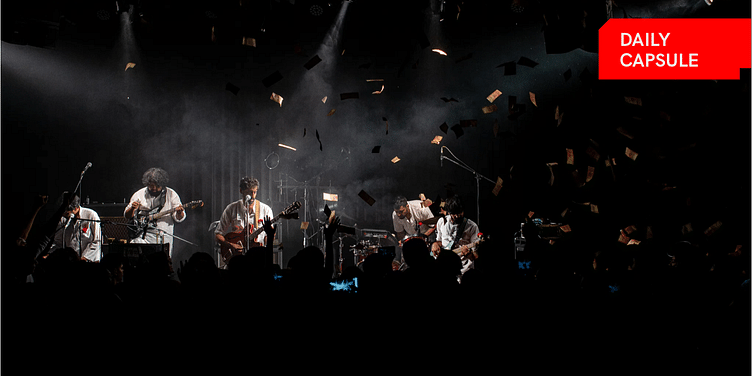 In an age of singles, Peter Cat Recording Company has chosen to do things traditionally, making way for a niche sound better heard than explained.

It is officially the final quarter of the calendar year and it looks like funding remains muted across the Indian startup ecosystem.

The last week of September saw just $140 million raised in venture funding, reflecting the gloom and doom of global markets.

However, we did get a new unicorn as Goa-based ﻿Molbio Diagnostics﻿ raised $85 million at a valuation of $1.6 billion. That’s 23 unicorns for India in 2022 so far.

Meanwhile, companies are still trying to figure out how to bring millennials and GenZ back to the office.

Here’s your trivia for today: Which is the only equation to feature in Stephen Hawking’s book A Brief History of Time?

Your ears perk up to the sound of a blaring trumpet. Soon, your eyes shift towards this group of men, all dressed in kurtas, taking centre stage, ready to give you the performance of a lifetime.

In an age of singles, Peter Cat Recording Company has chosen to break norms and do things the traditional way, making way for a niche sound that is better heard than explained.

Strumming outside the box:

<Top funding deals of the week>

Inside Mani Ratnam’s Ponniyin Selvan I

“The book is better,” says every reader, who has been subjected to a movie or a show based on something they have read, and worse, loved.

Well, for Mani Ratnam’s magnum opus Ponniyin Selvan: I, the same does ring true. Kalki Krishnamurthy’s books are better—an unputdownable masterpiece, gripping and engaging. After all, Ponniyin Selvan, published in the early 1950s, is considered to be the best novel in Tamil literature.

The Reserve Bank of India's (RBI) card-on-file tokenisation rule is all set to kick in from today. It mandates that merchants, ecommerce websites and apps, and other service providers will no longer be allowed to store customers' card data on their servers.

So, what happens now? Here is everything you need to know as a card (debit or credit) holder in India.

Which is the only equation to feature in Stephen Hawking’s book A Brief History of Time?

In the book’s acknowledgement, Hawking wrote he was warned that for every equation, the book’s readership would reduce by half.