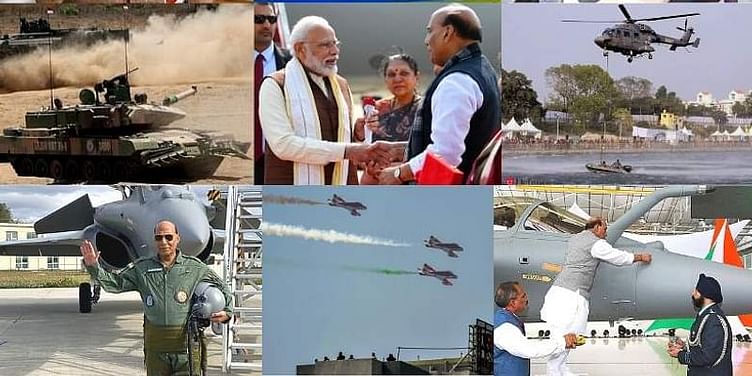 Around 451 memoranda of understanding, terms of trade, and product launches are expected during DefExpo, which is being touted as the biggest event of its kind.

The defence expo, which is being touted as the biggest event of its kind, is said to be a milestone under the Aatmanirbhar Bharat (Make in India) policy, due to the exclusive Indian participation. The event has seen registrations from 1,340 companies.

According to a press release on PIB, 451 memoranda of understanding, terms of trade, and product launches are expected this week during DefExpo.

Defence Minister Rajnath Singh had announced at the curtain raiser that the event will showcase the government's 'Make in India, Make for the World' vision.

The first three days of the expo (October 18 to 20) have been reserved for business attendees, including representatives from over 75 countries. Two special conferences have been planned during these days—an India-Africa Defence Dialogue and an Indian Ocean Region Plus conclave.

The expo will be opened to the public on the last two days (October 21 and 22).

Apart from live demonstrations from the armed forces, the defexpo will also have a show featuring 1,600 drones by IIT-Delhi startup Botlabs, which had earlier won the defence startup award iDEX.

Additionally, ship visits have been approved for the public by the Indian Navy and Indian Coast at Porbandar.