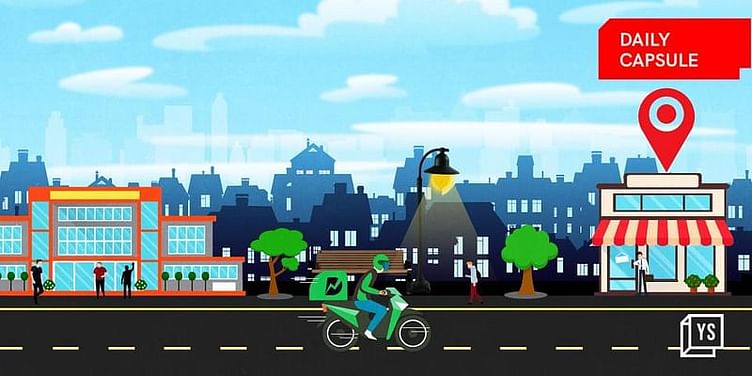 Hyperlocal logistics company Dunzo wants to scale its B2B vertical, Dunzo for Business, to top 20 cities over the next one year to solve for mid-mile and last-mile logistics demands from SMBs and brands.

“I eat my feelings, and unfortunately, they aren’t fat-free.”

In the UK, marmalade sales spiked last month after Queen Elizabeth II passed away. People are paying their respects by leaving pots of her beloved fruit preserve and marmalade sandwiches as tributes.

The longest-ruling female monarch in history had publicly professed her love for marmalade in a skit with Paddington Bear just months before her death.

Meanwhile, a small-ish victory for Elon Musk as he convinced a judge to throw out most of a Twitter shareholder’s lawsuit around his effort to cancel the $44-billion acquisition of the social media giant.

ICYMI: Check out the best wildlife photos of 2022. The winner is 16-year-old Katanyou Wuttichaitanakorn from Thailand.

Last but not least, Tata Tiago, the company’s first hatchback electric car, received a record 10,000 bookings on its first day—the highest for any domestic electric car.

Here’s your trivia for today: Which is the oldest stock exchange in Asia?

In 2018, Dunzo’s internal investigation of repeated orders from merchants led the hyperlocal logistics company to explore the business-to-business (B2B) segment.

In its current form, ﻿Dunzo﻿ for Business or D4B offers logistics-as-a-service to nearly 20,000 small and medium businesses (SMBs), restaurants, and national and direct-to-consumer (D2C) brands.

Making crude oil out of seaweed

India is the world's third-largest importer of crude oil.

Shrikumar Suryanarayan, Co-founder of Bengaluru-based ﻿﻿Sea6 Energy﻿﻿, says that if you can crack seaweed farming automation, there is more than enough space in the oceans to plant enough seaweed to replace India's crude oil needs.

Through this partnership, Vedantu, which opened its first hybrid learning centre in Muzaffarpur earlier this year, will strengthen its offline presence, especially in Tier III and Tier IV towns.

Which is the oldest stock exchange in Asia?

Answer: The ﻿Bombay Stock Exchange (BSE)﻿, established in 1875. It is also the 10th oldest stock exchange in the world.