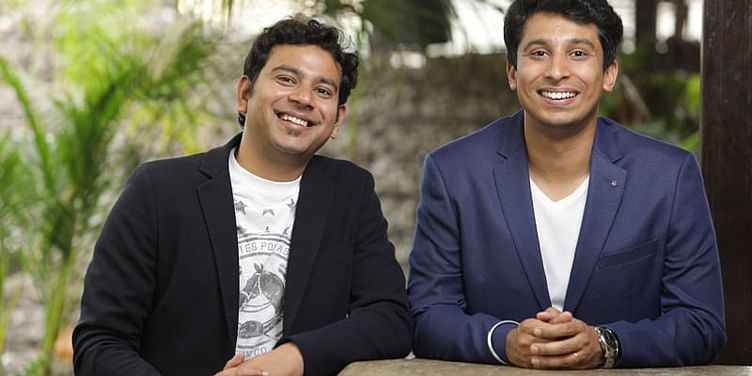 Meesho Co-founder spoke about the humble beginnings of his life in a farmer family to his journey of building a social ecommerce unicorn in India.

IIT Delhi Alumni Association launched the Unicorn Series on Saturday, with the aim of driving meaningful and informative conversations with the most revered and successful entrepreneurs of India.

And who better to start the show than Meesho’s co-Founder Vidit Aatrey?

Initially started as a social commerce platform in 2015, ﻿Meesho﻿ pivoted to being a full-fledged ecommerce marketplace just last year. But change isn't unfamiliar territory to either Vidit or Meesho.

In a conversation with Gaurav Goel, a 2009-batch IIT Delhi alumnus and Convener of Unicorn Series, he said, “Before finding our product market fit, we actually tested about two-three ideas that did not work."

Vidit's own journey has seen many changes. Born in a farming family in North India, he graduated in electrical engineering from IIT-Delhi and started his career working for consumer giant ITC. He has also worked for India's first unicorn, adtech startup InMobi, and then finally, struck out on his own and launched Meesho.

Vidit reminisced fondly about his college days and the role played by IIT Delhi in his journey as an entrepreneur. “​​With my wingmates (at IIT Delhi hostel), I participated in hostel activities during my first semester at IITs. In contrast to a classroom, the hostel provides a more conducive environment for forming stronger relationships with others. And this is why my Meesho co-founder (Sanjeev Barnwal) is also my wingman,” he said. “We used to spend hours together at IIT, which eventually led to a great deal of mutual trust.”

"IIT Delhi has one of the best performing start-up ecosystems,” he said. “The campus has offered a large number of unicorn promoters and their number is growing."

Surprisingly, while he was at IIT Delhi, Vidit’s first instinct was to not get into the startup ecosystem. He was planning to prepare for the civil services exams during the initial couple of years. But towards the last semester, he was even less sure of his next step. “I was in touch with a few alumni. They were doing so many different things. Someone was in consulting, banking, and also finance,” Vidit said.

Taking a corporate job seemed like the coveted route. But after working at ITC for about two years, a need to do something different led him to InMobi. The adtech firm gave Vidit a much-needed peek into the country’s bustling startup ecosystem.

“Me and my co-founder Sanjeev were about 24 when we started. So, even if we failed, we thought we could go back and find jobs,” he said. According to Vidit, he and Sanjeev do not get attached to ideas. “We decide on a goal and change our ideas accordingly.”

Two years of consistently trying different ideas got Meesho the social commerce model, where people sitting at home could create a storefront over WhatsApp. The Meta-owned social networking platform is a prominent part of India’s digital revolution. The app currently has over 400 million users, who are talking, calling, shopping and selling their products.

Convener of Unicorn Series Gaurav said this persistence played a key role in Meesho’s success. "One of the most important learnings from the journey of a unicorn founder is persistence, despite multiple failures. Vidit kept working on the same idea, which led to big success eventually. "

The founders then went on to scale their newly found product market fit. “The problem we wanted to solve was to bring the entire small business economy in India online,” said Vidit. The goal, which seemed a bit unattainable in 2015, due to lack of internet penetration, got a new lease of life with dirt-cheap data prices of Jio, launched in 2016. This accelerated internet adoption bringing many more small sellers across the country on Meesho’s platform.

Meesho had competitors including Accel-backed GlowRoad and Mumbai-based Shop101, among others. But sustaining the social commerce, reseller model during the pandemic proved to be challenging. While GlowRoad got acquired by Amazon in April, Shop101 was acquired by InMobi-owned Glance in June 2021.

The Softbank-baked firm was able to raise multiple rounds of funds, and pivoted to the ecommerce marketplace model to sustain the platform. Vidit also stands in support of the government-run ONDC network, which could pose competition to his own platform.

When host Gaurav asked if he had any advice for budding entrepreneurs, Vidit replied: “All of us realise we don't know something until we do it. When you start working in any sector, you won't realise your mistakes until you fail multiple times there.” He went on to highlight the need to learn from mistakes and the importance of getting the right people on board. “Another thing I would like to tell you is getting the perfect co-founder cause when you do things alone, it's harder. What kind of team you build is extremely important,” he said. “The best people are the ones who can manage their emotions when they fail.”