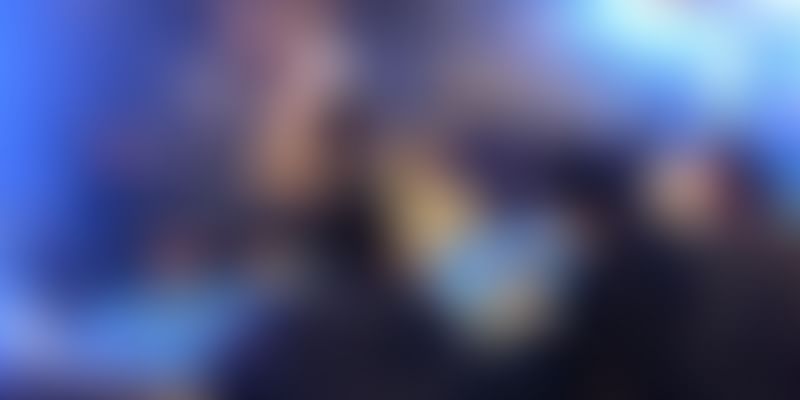 Since merging with Indian casino group Delta Corp, Delhi-based Adda52 is now using the omnichannel model to scale the game in India.

The Deltin Royale, a five-storeyed floating casino stationed on the Mandovi river in Goa, holds over 500 people aboard. Sporting dark glasses and an unmistakable poker face, these players were a part of the Deltin Poker Tournament, a five-day event held last month, where the top prize was a cool Rs 1 crore. The tournament was organised by Delhi-based startup Adda52.com, which lets users play games like poker online for real money.

Traditionally, card games such as poker, rummy, teen patti (three-card poker) have been a part of Indian social gatherings. Now, the Delhi-based startup, founded by IIT Delhi graduates Mohit Agarwal and Anuj Gupta, is turning this Indian pastime into a serious business. The startup merged with Delta Corp, India's largest casino, in 2017, and has been gaining ground by building its presence online as well as offline.

YourStory caught up with Mohit Agarwal, Co-Founder and CEO of Adda52.com, who spoke about the Delta Corp merger, the myths around poker, and how the omnichannel strategy has become key to Adda52’s success.

When they were in college, Mohit had created an online poker software for a project. Mohit and Anuj were inspired by their seniors who had set up an online poker website, called Party Poker, in the US in 1990s, and taken the company to a valuation of $6 billion in just five years.

However, the founders didn’t work on Adda52 right away, and stuck to their corporate careers for a decade. After earning a Master’s degree from the University of California, Berkeley, Mohit returned to Bengaluru in 2002 to work at a startup. However, he had to quit after the 2008 global market crash. Mohit then started a company called Zentrum Technologies, a CCTV surveillance startup, with Anuj in 2010.

Around this time, the duo was tracking with the craze around online poker being played over social media around 2009- 2010. What surprised them was that users in India played a lot of poker online for no money at all. This was when the two realised that it was finally time to work on their decade-long dream of building a startup for poker players in the country.

Anuj was already a poker player, and Mohit was passionate about building a culture of online poker in India. They founded Adda52 in 2011, and in February 2012, the startup became the first company in India to offer a chance to play poker online with real money.

The thrills of live poker

Mohit realised that the culture of online poker in India could not match up to that in Las Vegas or Macau unless there was a live experience involved. Adda52 then started organising small live poker tournaments in Bengaluru. The company’s first ever Multiplayer Live Tournament took place in June 2012. In late 2015, they approached Delta Corp to seek access to host India's largest poker tournament on board its premiere ship, Deltin Royale.

Interestingly, Delta Corp was looking to enter the growing space of online gaming where players had a chance of making money. The group operates three offshore and one onshore casinos in Goa, two hotels in Goa, one resort in Daman, and a casino in Sikkim. Delta is now also seeking a licence to operate a casino in Daman and Diu.

Studies point toward a traction in online gaming, particularly card games in India. A KPMG report estimates the online gaming industry in India at Rs 4,380 crore (FY 2018), projected to grow at a CAGR of 22.1 percent, to touch Rs 11,880 crore by FY 2023. Within this spectrum, online card games are growing at 50-100 percent year-on-year.

In the last couple of years, the number of companies offering poker products has grown to 15 from just one (Adda52) in 2011. The other players in this space are PokerRaj, backed by industrialist Raj Kundra, and Pokerstars, one of the world’s largest online poker brands, owned by the Stars Group, which licensed its brand and platform for the India region exclusively to Sachiko Gaming. There are also other products such as Spartan Poker, Poker-Baazi, Realpoker, Khelo365.

This uptrend encouraged Delta Corp to join hands with Adda52, and the two companies partnered to host the first Deltin Poker Tournament in 2015. Two years later, having discovering common synergies between them, the two entities merged.

The Adda52 founders note that being a part of Delta Corp has helped them gain trust and access to high-roller players and retail casino walk-in players for conducting large world-class live poker tournaments.

Poker, with its unique set of social interactions, is a game best enjoyed live. “We provide the world-class live experience to our players by way of the Deltin Poker Tournament (DPT). These tournaments are live streamed reaching lakhs of players, which converts the participants of DPT into poker celebrities who are adored and followed across the country,” Mohit elaborates.

If the prize money isn’t tempting enough, the startup provides the chance to play with the pros, exchange skills, knowledge and expertise that come while maneuvering one's way in the game.

Since its merger with Delta Corp, the company has more than doubled on almost all counts. “Be it revenue, number of users, number of games being held every day as well as profitability. The number of employees in the company has also doubled,” Mohit says.

The user base on Adda52.com, which was under 10 lakh before the merger, has more than doubled now. The monthly online tournament guaranteed prize pool was less than Rs 2 crore per month, and it has now gone up to almost Rs 8 crore per month, Mohit points out.

Like any other sport, the professional poker players compete in tournaments across the world. Adda52.com sponsors its partner players to play in Las Vegas or Macau. Three years ago, five players were sent to Vegas to play. “That number has increased to more than 40 now,” Mohit adds.

Poker faces a lot of ambiguity around its legality in India. In 2015, the Supreme Court of India declared online rummy, poker and card games as games of skill, which are not illegal in the country. However, states are allowed to pass laws regulating betting and gambling, and hence poker’s legality varies from one state to another. It is legal to play poker in West Bengal, Karnataka and Nagaland. In Goa, poker can be played only in casinos. However, online poker can be played anywhere in the country, but users from Assam and Odisha are not allowed to play online poker and rummy. A tax of 30.3 percent is levied on winnings.

“Such initiatives are likely to help improve transparency and credibility for the online card gaming industry in India,” he adds.

To explain the game’s mechanics, Mohit draws a parallel with chess and says that poker is a game of skill, and not a game of chance. “The country will soon see the development of the game as a mainstream skill-based/mind game," he says, adding that almost all sections of the society will eventually warm up to it.

The company is growing in three directions. “First, we made the product for the core audience, which knows poker is and very passionate about it. From 2016, we have been attracting a lot of recreational players, and now the next stage is in attracting new users,” Mohit says. In 2019, the company will invest in marketing and creating game awareness among the new users. As part of its aggressive promotions, last year Adda52 also roped in cricketer Chris Gayle as its ambassador.

The company is also looking at organising more live and online poker tournaments in 2019.

Also read: These MBA grads are changing the way India looks at poker with MadOverPoker