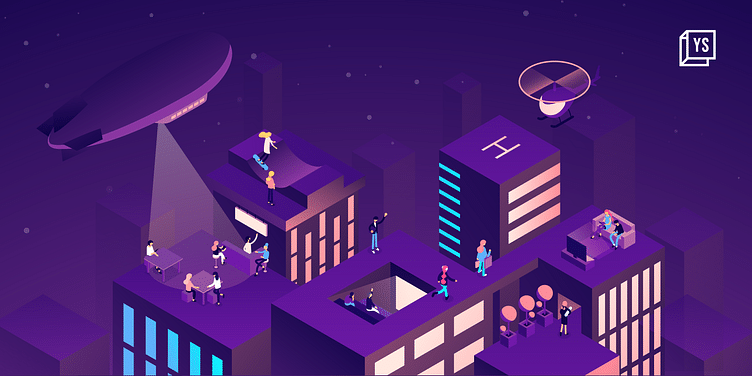 The National Centre for Combustion Research & Development (NCCRD) has supported seven deeptech startups since 2016, including the likes of Agnikul Cosmos and The ePlane Company.

In the 1930s, a group of students at the California Institute of Technology blew up part of a building while experimenting with rocket fuels. Instead of censuring them, the institute moved the self-acclaimed ‘rocket boys’ to a nearby empty field to conduct research, laying the foundation for the Jet Propulsion Lab (JPL).

Regarded as a premier centre for the development of cutting-edge technology, JPL has worked on everything from missiles during World War II to rockets during America’s space race with Russia. Among other projects, it does pioneering work on inter-planetary travel today.

According to satellite startup Galaxeye’s founder Suyash Singh, IIT Madras’ National Center for Combustion Research & Development (NCCRD) is also in the same league as JPL for its ground-breaking work across multiple deeptech fields.

With NCCRD providing the launch pad for at least seven deeptech startups since 2016, he may have a point.

Professor Satya Chakravarthy, the ‘rocket boy’ of the NCCRD

“The NCCRD has a lot of industry relevance, and it’s a great place to do a lot of research. That’s why I relate it to JPL,” Suyash tells YourStory. “I always told Professor Satya that we should work more on promotional activities. But he’s very deep tech and won’t boast [about all the work being done].”

Satyanarayanan R Chakravarthy, better known as Satya, joined the IIT Madras Department of Aerospace Engineering as a visiting faculty in 1997, before working his way up to become a professor by 2009. With over 75 studies published in international journals and 230 papers produced for national and international conferences, he is seen as a global expert in the field of combustion.

However, the government’s decision to award Rs 90 crore for a pioneering combustion centre at IIT Madras ten years ago altered the course of his career dramatically. From an academic focussed on research, Satyanarayanan moved to develop deeptech solutions for real-world problems, especially since the NCCRD was inaugurated in 2017.

“[The NCCRD] is his brainchild. He fought to build that centre for five to six years,” says Suyash. “He’s optimised it [for maximum productivity and projects] in a way that SpaceX would have done, and I’ve been to SpaceX.”

From industrial projects to startups

The NCCRD was originally set up to provide a large-scale research and development facility for massive global industrial projects. Whether working on automotive, aerospace, or energy-related problems, the NCCRD was built to foster academic-industrial networks and strengthen India’s deeptech ecosystem.

NCCRD has been successful in this principle, having worked with the likes of GE Aviation and Siemens on multiple projects, bringing in over Rs 200 crore in revenue. The institute has deployed the capital to set up equipment to be used for faculty and student projects.

However, Satyanarayanan soon realised why startups have a place in the business world.

Today, all projects applying to work at the NCCRD have to fulfill three basic startup criteria beyond their technical expertise. All projects must have a clear idea of their market, must be building for a big enough market, and must understand what the problem in that market is that it can solve for, and thereby grow its business at an exponential rate.

By introducing the concept of market relevance to the research conducted at the NCCRD, Satyanarayanan kick-started a startup revolution. However, he did not just produce bureaucratic guidelines and leave projects to fend for themselves.

Galaxeye founder Suyash Singh, who has been around the NCCRD since it was inaugurated due to his work on a hyperloop student project under Satyanarayanan, says that the companies and the NCCRD have learned the art of business development together.

While most universities today have startup incubation support that helps aspiring student entrepreneurs, they are usually incorporating well-known ideas for tech, and specifically SaaS, projects. However, the NCCRD has a hands-on approach towards building customer development templates to identify markets for deeptech firms specifically.

“How do you put a customer discovery framework together for a deep tech startup, around a satellite or a rocket?” asks Suyash. “The core idea, the motivation, was always with Professor Satya. He will always push to understand whether there is a requirement...there has to be some validation, and some direction to head to first.”

For Galaxeye specifically, working with NCCRD support made its founders realise that its potential customers have not “played around with the physics” and do not understand how the startup’s solutions could help them.

That was a new form of customer validation not covered by traditional startup principles, and has helped multiple NCCRD startups raise funding and go out into the world, including 3D rocket engine builder Agnikul Cosmos, micro gas turbine producer Aerostrovilos Energy, and urban waste-to-fuel developer X2Fuels, among others.

Satyanarayanan has not been spared the startup bug either. Not only does he play a close developmental role with each startup, but he has seen his award-winning student hyperloop project turn into the startup TuTr, and has himself gone on a teaching sabbatical since 2020 to build an unmanned air taxi firm called ﻿The ePlane Company﻿.

The funding environment and future hopes for the NCCRD

Currently, the NCCRD provides deeptech support for its startups, not to mention access to world-class facilities, a faculty with personal interest in the projects, shared workspace with researchers from global industry giants, and some investment from the IIT-Madras incubation cell.

According to Suyash, investors who have heard of the NCCRD are extremely enthusiastic about its projects. Speciale Invest, a deeptech-focussed VC fund that has invested in at least four NCCRD startups, echoes this sentiment.

“When we see startups working out of NCCRD, we are inclined to believe that the tech has gone through the rigours of early validation,” says Vishesh Rajaram, partner at Speciale Invest. “NCCRD’s track record of solving dozens of industry problems has essentially created an entrepreneurial aura. The researchers are thinking of not only the technological challenges but also how this solves a real-life problem in the industry.”

However, Suyash points out that NCCRD would take another step if it could find sustainable growth investment opportunities directed at their startups. While Galaxeye will always have a research based at the center due to the opportunities it provides, the company has had to move its base of operations to Bengaluru to address some infrastructural, employment and supply chain issues.

Professor Satya understands and agrees with the need for turning NCCRD into a full-fledged incubator with growth stage potential for their startups, but for now he is focussed on The ePlane Company and his many other pre-existing responsibilities to the center.

“At some point, I will probably become old enough to be ineffective at ePlane, so the ePlane board will probably chuck me out,” says the professor with a laugh. “Then I’ll come back and say let’s actually do a startup home in a more formal structure.”

Until then, the NCCRD will have to make do with averaging just one world class deeptech startup a year.