MP govt to set up committee for providing facilities to entrepreneurs from SC, ST communities 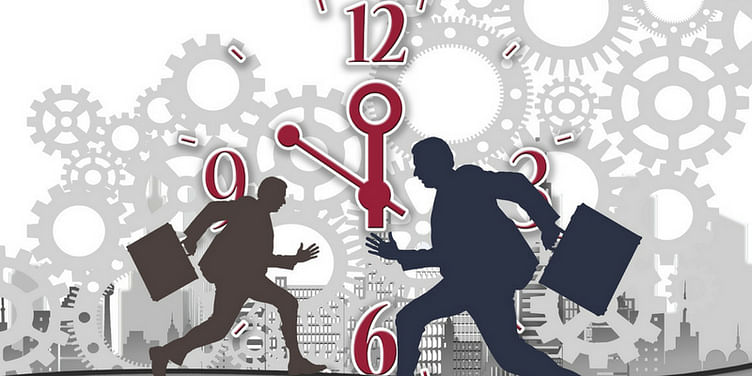 The Madhya Pradesh state government has announced that a state-level committee will be constituted to provide facilities to the entrepreneurs from Scheduled Caste (SC) and Scheduled Tribe (ST) communities.

Madhya Pradesh Chief Minister Shivraj Singh Chouhan has announced that a state-level committee will be constituted to provide facilities to the entrepreneurs from Scheduled Caste (SC) and Scheduled Tribe (ST) communities.

He made the announcement on Wednesday evening while addressing the SC/ST Mega Business Conclave and Expo organised by Dalit Indian Chamber of Commerce and Industry (DICCI).

"After coming to this programme, I can see a new light and illumination in the form of a new social and economic revolution to be done by the DICCI for the SC, ST communities," Chouhan said.

"A state-level committee will be constituted in Madhya Pradesh to provide facilities to the entrepreneurs from SC, ST communities," he said.

Chouhan added that Dr Babasaheb Ambedkar, who was born in Mhow town in Indore district, had said that social empowerment can never be achieved without economic empowerment.

DICCI is providing a new direction to the society by following the path of education, unity and struggle as shown by Dr Ambedkar. It was the duty of the government to generate employment and DICCI has shown a new path by creating an alternative for it, the chief minister said.

A global skill park is being established in Bhopal in collaboration with Singapore, which will provide training to 10,000 youths every year, he said.

DICCI national president and Padma Shri awardee Ravi Kumar Narra expressed gratitude towards the Madhya Pradesh government for extending cooperation to the chamber and assured that it would strive towards creating as many entrepreneurs as possible.

A memorandum of understanding (MoU) was inked between micro, small and medium enterprises (MSME) and DICCI for creating an ecosystem between them for the welfare of the community and also between DICCI and Solidary Dot in the food processing area.