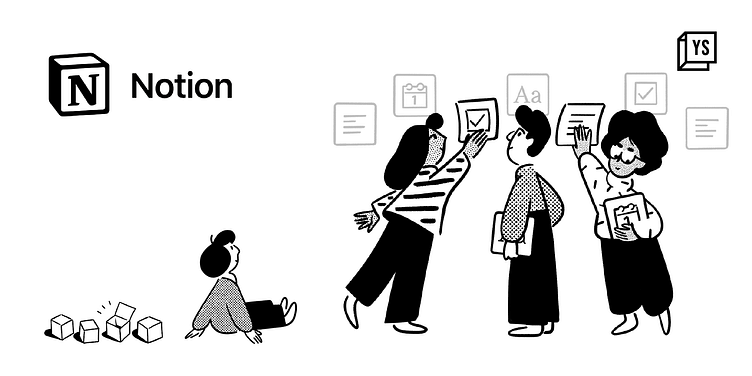 This week for App Friday, we look at Notion, a productivity and organisation app that has been making quite the splash in this segment.

If you wake up thinking “if I could just organise my entire life properly, I could perhaps stand to bear it a little”, then ﻿Notion﻿ is for you.

At the outset, it is like just like another productivity and organisation app, but Notion stands out for a couple of reasons–it’s free to use, allows for endless customisation, is ad-free, and the web app sync with the corresponding mobile app seamlessly.

Notion lets you create lists and trackers, clip stuff from the web and organise it in a way that’s easy to access. Besides this, you can use it to take notes, create learning plans and mood boards, and track your goals.

With over 50 lakh downloads on the Google Play Store, and a 3.8 out of 5-star rating, Notion tops the charts, ranking high on the productivity app list.

It can be used for any purpose, from running a business to personal tasks. If you’re running short on ideas about how to get organised, you can choose from its template library that lists hundreds of organisational workbooks.

You can get started on either Notion’s website or directly on the app, available both on the App Store and Google Play Store, although I’d recommend checking out the web app first just because the customisations offered can feel overwhelming at first on the mobile app.

On its web app, setting up pages and creating your workspace is a breeze.

Notion comes with a few fixed templates to get you started. Click through those initial tabs to understand what you can do, what sort of pages you can add, the ‘blocks’ you can deploy, and other ways in which you can customise the experience based on your needs.

Each page can have any number of different ‘blocks’, which are basically just small customisations. This includes many options ranging from to-do lists to timeline templates.

I prefer having a master page for each facet of my life—like work, life, travel, and music—which then has sub-pages under it. The master page gives me a quick look at everything, including my daily to-do tasks (such as a prompt that reminds me to journal, for example).

My ‘work’ master sheet, for example, has links to several sub-pages—work-in-progress stories, OKR tracker, source list—along with a nifty to-do list that I update each morning. It also has a calendar where I set deadlines for myself and add details about scheduled calls/interviews.

You can also set reminders for yourself on Notion by using the ‘@’ function.

Notion ticks all of the boxes for me. It’s most of what I would want from an organisation app, and I appreciate the depth of customisation it offers.

While the initial setup may seem daunting at first, you do quickly pick up the ins and outs of the platform. A tutorial or walkthrough probably would have helped.

If you’re looking for a quick tutorial anyway, there are several of them on YouTube to help initiate you into the app’s world. But know, that there will be a small learning curve with the app.

The templates are very helpful. While some are paid, most of them are free and you can quickly make pre-designed templates your own by adding/deleting elements.

You make each page reflect your personality by adding little design elements—like the cover art at the top of each page, for instance. I’ve added artwork I admire throughout my workbooks and pages, and it makes coming back to the platform feel like returning to your own online space.

There are some minor differences in the UI on the mobile app compared to the web app, but they’re easy to grasp quickly. That being said, the iOS app can be glitchy. Occasionally, the scroll stops working on longer pages, and the syncing (from the webpage to the app or vice-versa) takes ages. Oftentimes, customisations such as font colours or headers don’t reflect on the app, which can ruin the experience.

A big plus would also be if the app was more offline-friendly, so it could sync any pages created in no-network mode, online once you have access to wifi or network services.

Still, the app is far better than its competitors, most notably Evernote and Todoist, which I’ve never been able to customise to the degree I could on Notion.

It has become my go-to for organisation, and has set the bar high for any other apps that may come along.