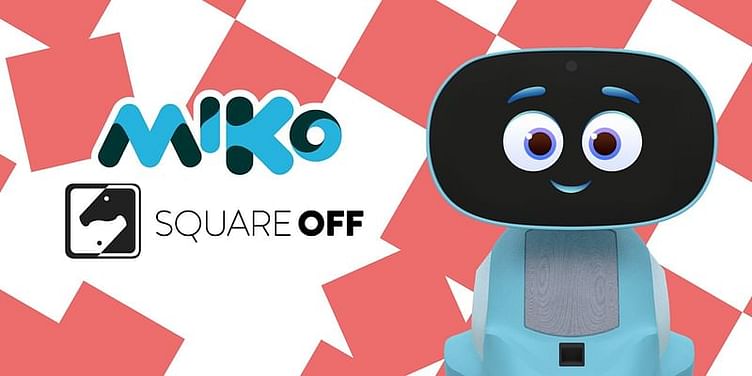 With the acquisition, Miko will expand its product line beyond its flagship AI robot companions for kids.

﻿Miko﻿, an AI robotics startup for kids, has acquired the majority stake in Square Off, which produces AI-driven automated board games.

With the acquisition of 70% stake in Square Off, Miko has given a complete exit to existing investors. With the acquisition, Miko will expand its product line beyond the AI robot companions. Miko’s eponymous kids' robots use AI to deliver playful learning experiences for children ages five and older.

"The move is a natural fit for two companies that share a passion for robotics and learning," said Sneh Vaswani, Co-founder and CEO, Miko, adding, "Square Off’s interactive boards, which build cognitive skills via games such as chess, use robotics and AI to adapt to the player’s level of expertise."

Miko's robots and Square Off's smart board games will soon communicate with each other, with Miko robots taking on the role of instructors that teach children to play chess and other board games, Vaswani says.

Square Off’s leadership will stay on board to continue working to build robotics and AI-powered smart toys with Miko's support. Together, the brands aim to generate more than $100 million in revenue in 2023.

“We’re thrilled to join forces with Miko on this journey to revolutionise edutainment for kids,” says Square Off Co-founder and CEO Bhavya Gohil. Atur Mehta, the startup’s co-founder and CTO, says the move will “bring new levels of innovation, design and interaction to the space.”

Both, Miko and Square Off, launched their first consumer robotics product in 2017.