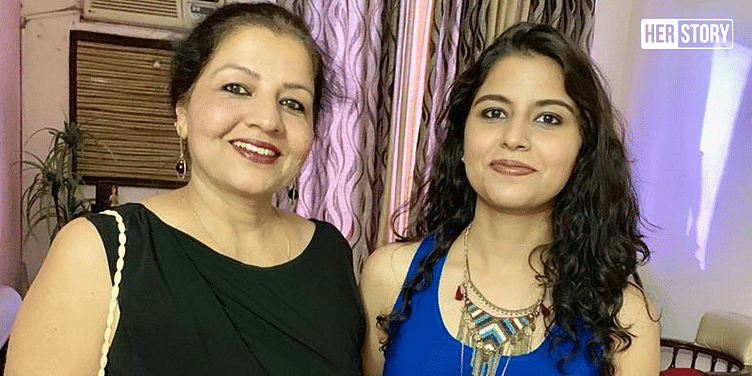 Artificial intelligence (AI), machine learning (ML), robotics, 3D printing – they may be buzzwords, but not all of us are familiar with these technologies that have a far-reaching impact on our lives.

Imagine a scenario where technology is the hero. How do you introduce this superhero to children in simple terms, without jargon?

You need to break down technology in exciting terms so that kids are hooked for life.

This is what STREAM Minds proposes to do – promote Science, Technology, Reading/Writing, Arts and Mathematics education in India among young minds.

Founded by mother-daughter duo Jaya Parashar and Ankita Parashar, STREAM Minds wants to introduce electronics to children through stories and simple paper circuits, and give them a real-life understanding of the role technology plays in our lives.

To know the concept, it’s imperative to understand the backstory of the founders. Jaya and Ankita were in Dubai, the latter in a stable 9-5 job that spanned many years in advertising and marketing. When she was working at a company called Premier Genie, she received hands-on training in robotics and began teaching children in schools the company was associated with. Jaya, at the time, was involved in freelance trading in organic goods. Over two years, Ankita had trained over 400 children. That’s when it struck the duo that they need to bring STEM education to children in India.

In December 2016, they returned to India to start the process of setting up STREAM Minds in Gurugram; they commenced operations in April 2017.

Ankita explains, “The idea of becoming entrepreneur in this field was something that came naturally to both of us. I had started my professional career in education and then forayed into other sectors. I ended up in education through sheer luck and haven’t looked back since. It was something my mother and I both wanted to try sincerely, an educational venture of our own where we could make education fun.”

STREAM Minds works in different ways, while providing an experiential and holistic experience to learning.

“We want to provide young children a screen-free experience of exploring technology at their level of understanding, and help them learn new concepts. Our product is a fun new way to integrate the knowledge of science that’s all around them and also cover crucial concepts that are otherwise not taught as part of their school curriculum through stories, attractive visuals and art, culminating into a comprehensive learning experience,” she adds.

The product, called Short Circuits, is a Paper Circuits book that combines electronics with the age-old art of storytelling.

Jaya elaborates, “For each circuit in the book, we have broken down many elements. It teaches STREAM not as compartmentalised subjects; they are intertwined. Our stories help young students form an emotional bond with the characters that are exploring and using technology in their world; in turn, demystifying technological jargon, one circuit at a time. This is our patented product and we are excited to bring about a STREAM revolution in the education industry.”

Children can read stories, colour the black-and-white images inside, learn about circuits and electronics, understand scientific concepts addressed in the stories and circuits, all in one book.

Short Circuits, targeted at children in elementary school, made its pilot run recently and the prototype has been widely acclaimed by educationists and experts in the field, apart from the children it was introduced to.

Jaya tells HerStory that young mothers, aunts, fathers who are engineers, grandparents, and whoever the product was showcased to were extremely thrilled about it.

“I remember the first time we took our prototype to present at an event. The adults, most of whom were parents themselves, were having a gala time playing with this book. They would go 'ooh' and 'ahh' when an LED would glow, or when they had to make connections in circuits. The children love working on buzzers, understanding how electricity works and listening to the stories, colouring the circuit pages etc.”

The company aims to tap parents of students in Tier I and II cities, as well as educational institutes. The product will be available as single units, as well as a book, depending upon the requirement.

Apart from the product launch, STREAM Minds has already entered the education scene in Gurugram by partnering with five schools to offer their courses to students from Classes I to III. It also has its own centre in the city where students come to learn different aspects of technology.

All in the family

So, how does the mother-daughter partnership work?

Ankita says, “I think my mother is a fantastic partner. She is calm under pressure, has a good knack for finance, and has years of experience leading teams and managing projects. With such a powerhouse at home, there was no need to look outside.”

STREAM Minds went through a tough phase to reach where it is now. Jaya says it was a phase where no matter what they tried, nothing worked.

“We had very few students, employees who weren’t up to the mark. Our sincerity was taken advantage of; it was a bleak time. Despite those trying times, we kept trying to improve ourselves and never gave up. We are now getting a lot of students simply through word of mouth. People are recommending us to schools, to people who aren't even living in the country! That, I think is definitely a mark of success.”

The company is currently bootstrapped but has been incubated at the Atal Innovation Centre, Banasthali Vidyapith, from which it receives mentorship and training.

The duo feels that being women entrepreneurs in STEM is challenging, at every step.

“Sometimes it is the way other people talk to you. They always assume you know nothing about business; they spend the first few minutes of a meeting explaining my own business to me! That happens especially when we are meeting decision makers who are men in schools or channel partners. This issue with ‘mansplaining’ is very real! But it works in our favour at times because we have the element of surprise. We surprise them by saying things that indicate we actually know what we’re talking about. It’s fun seeing their reactions.”

In the future, the founders want to take the product to international markets and are also looking at the second phase, which involves a pan-India marketing initiative.

“Our goal is to make experiential learning the norm rather than the exception. The ultimate goal would be to start our own one-of-its-kind school,” she says.

From AI to Blockchain: the first woman to head IBM Research in Bengaluru is on a never-ending a...