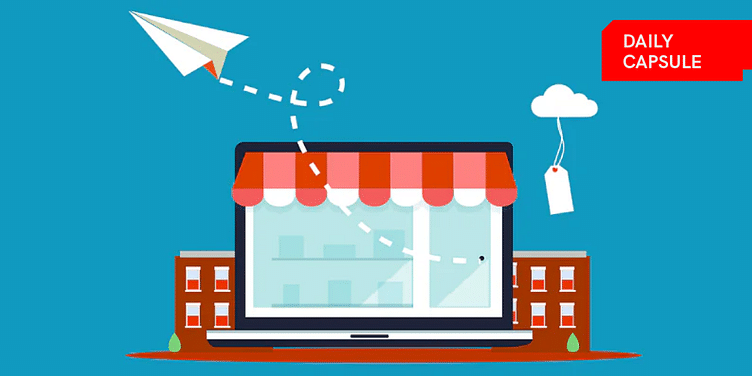 Soon, you will be able to shop for Dabur India’s flagship products on its own D2C platform as it gets ready to dip its toes into the buzzing sector.

Let’s start on a positive note.

Nine of the top 10 most-valuable Indian firms added Rs 79,798.3 crore in market valuation in the last week, led by IT majors TCS and Infosys. Further, the BSE Sensex jumped over 600 points on Friday while the Nifty50 closed 200 points higher. All in all, good momentum, which is expected to continue this week.

ICYMI: The world’s got its first “parastronaut”. British paralympic athlete John McFall was chosen by the European Space Agency (ESA) as the first-ever astronaut with a physical disability.

Lastly, landlords in Bengaluru are becoming CV-conscious, revealed a hilarious exchange between a Twitter user and a broker. Priyansh Jain, who was looking for a single occupancy flat, was surprised when the agent asked for the name of his college, workplace, etc., and was told he “doesn’t fit”.

Turns out, the landlord wants only “IIT, IIM, CA ISB graduates” as a tenant.

Here’s your trivia for today: How many bones do sharks have?

Soon, you will be able to shop for Dabur India’s flagship products on its own D2C platform as it gets ready to dip its toes into the buzzing sector with Dabur Shop.

The Indian investing arm of Zephyr Management﻿ plans to hit the road to raise its fourth fund by the end of 2023, says Pankaj Raina, MD - Investments and Research at the firm.

A new report by Strategy& revealed that the fintech sector in the Middle East and Africa Region (MENA) needs concentrated efforts in both the public and private sectors to bring more growth and sustainability.

How many bones do sharks have?

Answer: Zero. The body of a shark is made up of cartilaginous tissues.