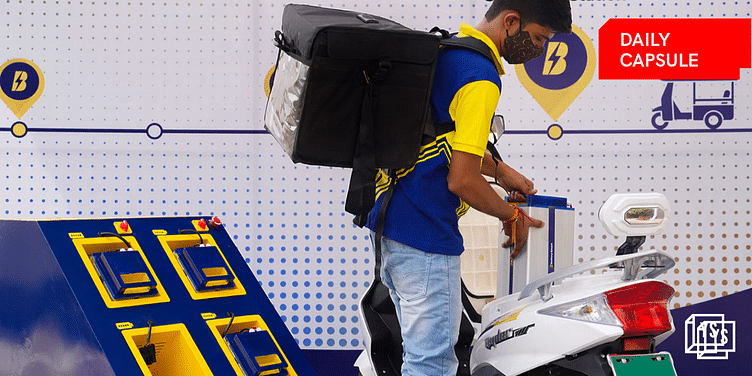 We are just one week away from TechSparks 2022!

The 13th edition of India's largest and most influential startup-tech conference will be flagged off by Nirmala Sitharaman, Union Minister Of Finance And Corporate Affairs, Government Of India.

Other exciting things to look forward to at TechSparks 2022, which is offline this year, include a conversation with Tony Fadell, the creator of the iPod, and co-creator of the iPhone, a chance to meet India’s top creators, and witness the unveiling of Tech30 cohort for 2022. Click here to find out more.

In other news, sweets and savoury foods maker ﻿Bikaji﻿ Foods International Ltd mobilised Rs 262 crore as it opened for public bidding on Thursday.

ICMYI: Meta (formerly Facebook) India country head Ajit Mohan has quit the company to join Snap.  At Snap, Mohan will serve as the president of the company’s APAC business.

And, here’s something to ponder over your next cup of coffee. Aston University scientists have produced high-quality biodiesel microalgae fed on leftover coffee. The research could potentially decrease  decrease the cutting down of palm trees, which is currently used to extract oil to produce biofuel.

Here’s your trivia for today: Before emerging as the iconic Grand Theft Auto, what was the original GTA going to be called?

Battery swapping promises to jumpstart the electric vehicle (EV) market in India by alleviating range anxiety and reducing cost of ownership. Both homegrown startups and players from Taiwan have expressed interest in this segment. However, battery swapping in India has several roadblocks in its path.

Bringing tech to the seas

Singapore-headquartered maritime logistics tech startup ﻿Smart Ship﻿ Hub is working on a technology that will enable ships to connect with each other and share information. This will help optimise capacity, routes, and procurement, thereby creating a “shared economy" in maritime logistics.

Founded in 2016 by Saurabh Singh, Rahul Jain, and Nagendra Sandra, Flickstree uses AI voiceover and AI script to auto-generate branded video content. These videos are distributed through its own apps and websites such as PlusYou Club and a network of more than 150 publisher partners. The founders are looking at the Middle East to power its next growth phase.

Before emerging as the iconic Grand Theft Auto, what was the original GTA going to be called?

Answer: Race'n'Chase. The first Grand Theft Auto was originally intended to be a fast-paced multiplayer game of cops and robbers centred on racing.