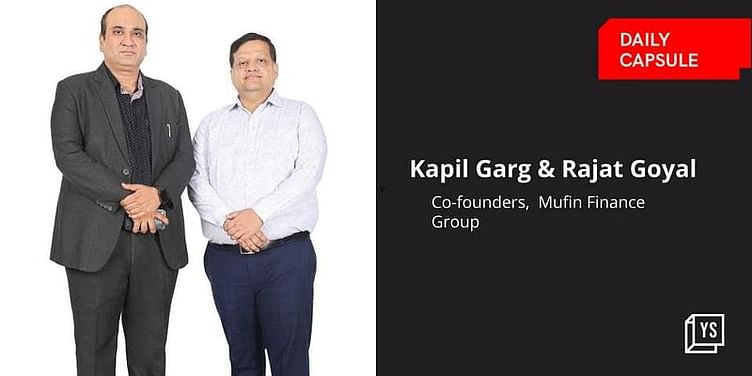 Mufin Green Finance provides digital financing to users of electric vehicles and other components, such as chargers and batteries, in the B2B and B2C segments. It has disbursed loans worth over Rs 208 crore since 2016.

‘Tis the season for gifts, celebrations, and viruses…

No, we are not talking about the annual flu season. Thanks to climate change leading to the thawing of ancient permafrost in the Siberian region, pathogens that have been trapped in the ice are now, well, not. Scientists have discovered 13 of these ‘zombie’ viruses, including one that is 48,500 years old.

In other news, India’s rich have gotten even richer this year. Forbes’ 2022 list of the richest people in the country reveals that the top 10 richest Indians alone are worth a total of $385.2 billion, up by 15% from last year.

ICYMI: A video game console for dogs that dispenses treats!

And guess what? This could actually help boost a dog’s health.

Here’s your trivia for today: What is a conchologist?

Electric vehicles are the future, but at present, their costs are too high for users in rural and semi-urban areas. This is where ﻿Mufin Finance﻿ wants to make a difference by providing digital lending options in the form of income-generation loans to users adopting green technology.

Alibaba Group will reportedly downsize its stake in food aggregator ﻿Zomato﻿ and sell shares worth $200 million today, according to a report. The share sale will bring down the Chinese ecommerce giant's stake from 13% to 10%.

The Reserve Bank of India (RBI) will launch the first pilot for its retail digital rupee (e₹-R) on December 1. The Central Bank Digital Currency (CBDC) digital token will have the same face value as paper currency.

Answer: One who collects shells, especially for scientific study.