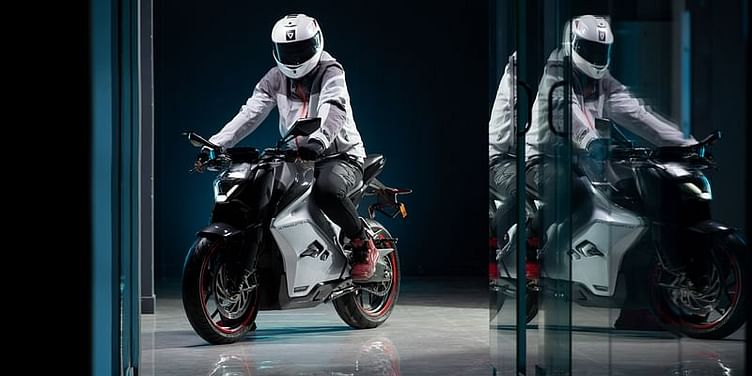 Called 'F77', Ultraviolette will start deliveries of the new "high-performance" electric motorcycles in January 2023 in Bengaluru.

Starting at Rs 3.8 lakh, the bikes come in three forms—named Airstrike, Shadow, and Laser—with the primary difference being the colours. The F77 bikes are offered in two variants—the F77, which has a range of 206 kilometres, and the F77 Recon with a range of 307 kilometres.

The battery packs, which Ultraviolette says are proprietary, also come in two capacities.

The TVS Motor-backed startup says it expects to start delivering the F77 by January 2023 in Bengaluru, followed by Chennai, Pune, Mumbai, and Kochi by the second quarter of next year. It also hopes to target lower-tier cities such as Guwahati, Lucknow, Ahmedabad, and Ludhiana by the end of the next financial year.

"Although built as an urban, high-performance sports motorcycle, we at Ultraviolette, have spent the last couple of years putting the F77 through some of the roughest and extreme terrains and weather conditions across the country, proving its capability and safety features," said Niraj Rajmohan, Co-founder and CTO of Ultraviolette, in a press release.

The startup will also release a limited edition of the F77, with only 77 units to be manufactured.

Ultraviolette has already received 70,000 pre-registrations spread across 190 countries through its website, the company said, adding that international expansion is on the cards.

The production for the F77 is already underway, Ultraviolette said, adding it'll soon open its first experience centre in Bengaluru.

Meanwhile, Ather Energy, a leading brand in the space, unveiled its second and largest manufacturing facility that has the capacity to produce 35,000 scooters per month on Tuesday.