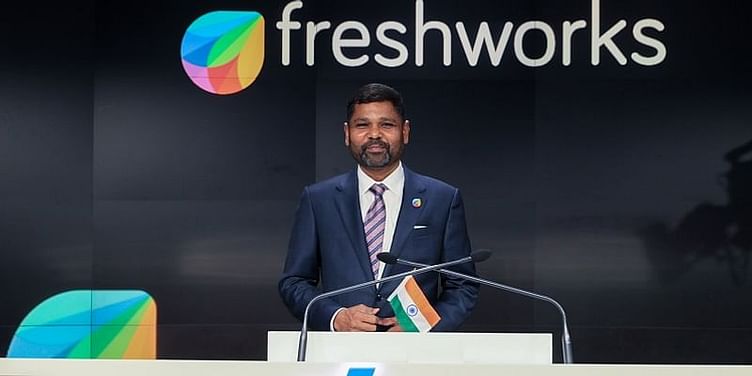 Freshworks retained annual revenue expectations at the same level as in the second quarter. It hopes to clock revenues of $129.2-$131.2 million in Q4 and $494-$496 million for the entire year.

﻿Freshworks﻿, a San Mateo-based software company with roots in Chennai, said its revenue grew to $128.8 million in the third quarter of 2022, a 33% increase from the third quarter in 2021. The growth is 37% on a constant currency basis.

The increase in revenues was mainly due to an increase in new customer acquisition in the July-September period. The only SaaS company from India to list at the NASDAQ added customers, including Plume, Altasciences, Viessmann, and Dynata.

The number of customers that contribute to over $5,000 in annual recurring revenue (ARR), a key metric for SaaS companies, increased by 19% on a yearly basis to 16,713. The company added 1,700 new customers approximately in the third quarter due to “good momentum in new business led by Freshservice”. Overall, Freshworks has over 61,000 customers now.

“On the positive side, net new customer acquisition was really good in the quarter and did not seem to slow at all. On the negative side, customer expansions are starting to slow a bit for the company— a little bit more than historical expansion rates. And the driver there is that their customers are concerned with the macro (environment),” says Scott Berg, Managing Director/ Senior Research Analyst, Needham & Company, an investment banking and asset management firm.

Since companies have slowed down hiring plans, they are adding fewer seats on Freshworks’ platform, which has had an impact on net retention rates, a percentage of revenue earned from existing customers, and an indicator of potential business growth. “So kind of an unnatural new movement there,” Scott adds.

The company reported a net loss of $57.8 million in the third quarter, 46% down from $107.4 million reported in the same period last year.

Freshworks has retained its annual revenue expectations at the same level as in the second quarter. It hopes to clock revenues of $129.2-$131.2 million in the fourth quarter and $494- $496 million for the entire year.

The macroeconomic conditions led by high inflation rates and an impending recession are a cause for concern for the tech sector, including Freshworks.

“While our new business activity picked up, expansion slowed down as companies reduced their growth forecast and headcount needs. On a positive note, we saw good new business growth in North America, in the mid-market and enterprise,” said Girish Mathrubootham, Co-founder and CEO of Freshworks, in the company’s earnings call.

He added that the company’s overall gross churn rate remains roughly the same, and that the churn in the small and medium-sized business segment stabilised in the third quarter.

The share price of Freshworks at the NASDAQ closed at $13.16 a piece on November 1, which saw an increase of 4.71% to $13.78 in the after hours post the results announcement. The company’s share prices have tumbled in the last few months similar to the other tech stocks.

“The company's execution over the last four quarters has been very good. So, the downturn in stock price is less to do with company-specific items, and really more to do with the overall markets going down,” Scott says.

“Freshworks is a growth company. They're not a value company. They're trying to grow really fast and so, they're losing a little money. That type of company is just out of favour at the moment. But in probably six to 12 months, I expect the stock to recover well,” Scott says.

Disclaimer: As a former employee of Freshworks, the writer holds a few shares (converted as part of the employee stock options) of the company and the reporting has been done in an independent manner.