Karnataka inks MoUs for investments worth around Rs 10 lakh crore 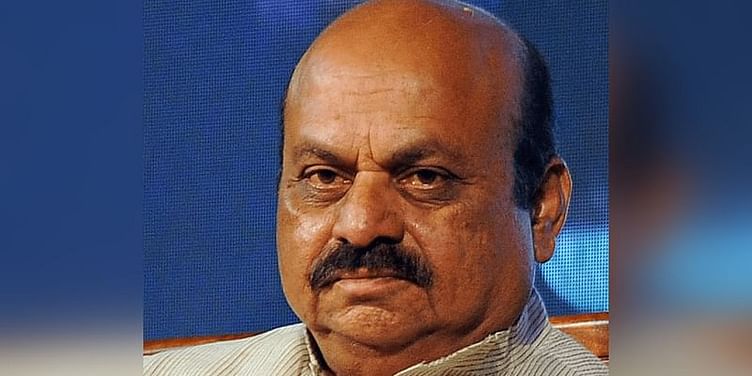 Over Rs 2 lakh crore of these investment proposals are said to be in the green energy sector.

Over Rs 2 lakh crore of these investment proposals are said to be in the green energy sector.

"Investments (proposals) have come beyond our expectations...we are a very serious government and want serious investors...these MoUs are just an indicator. How much of these MoUs gets converted into investments is important," Chief Minister Basavaraj Bommai said addressing the valedictory function of GIM.

Stating that of the total MoUs worth Rs 9.8 lakh crore so far, projects worth Rs 2.83 lakh crore have been cleared already, which is 29% realisation, he said, "We had actually expected investment (proposals) of Rs 5 lakh crore, but it has now come up to nearly Rs 10 lakh crore." "I have given the timeline to the Industries Secretary that in the next three months, all the MoUs should be decided, either they are on board or not. I want to give a report to my people and legislature after three months that so much was signed and so much has been realised into investment," he said, adding that all the niche areas have been covered for investments.

Noting that his government means business, the Chief Minister, claiming to be candid, said what the administration is looking for is "genuine investors".

"I don't want guys, who get all the clearances from the government and try to market it in the stock market. No, we are not for that," he said.

"I don't want to repeat this. No government will reveal these figures, but I want to bring transparency and I want to be honest to people and investors," Bommai added.

Minister Nirani, in his address, said out of nearly Rs 10 lakh crore worth investment MoUs signed, more than 70% are for "beyond Bengaluru".

He said the GIM hereon will be held every alternate year, and the next one will be in January 2025.

Minister Sunil Kumar said, in this GIM, about Rs 2 lakh crore worth investment proposals have come in the green energy sector, and his department is making all preparations for this large-scale investment to be realised and for possible power generation from it.

'Invest Karnataka-2022' is said to be the first such major investors' conclave to meet in the country after the COVID-19 pandemic.

This investment summit is much more important than the previous ones, the Chief Minister said, adding that this was an extraordinary effort, during extraordinarily challenging times, amid recession, fear of inflation, and economic/financial crisis across the globe.

At a time when several developed countries that are economic powerhouses have been facing hard times, Karnataka in India "dared" to hold this conclave, he said, as he credited the trust reposed by the investors, strength of the people here, technology-driven industries, skilled manpower, a forward looking government and its policies, for it.

"With these kinds of assets...what Karnataka thinks today, India thinks tomorrow," he quipped.

Speaking about the renewable or green energy sectors, Bommai said, "Proposals on hydrogen fuels, green ammonia, have already come and we have cleared in the state-level committee, and I'm sure we are going to compete with Gulf countries, as to who will produce it first." "I want us to produce (green hydrogen) first. Of course, they (Gulf nations) have better infrastructure, but we have strong resolve and determination and we are at it. I want to see the first renewable energy in hydrogen, which will start breaking ground by February-March. That's our target," he said.

Highlighting that investment-friendly infrastructure is readily available beyond Bengaluru, the Chief Minister said there are more than 50,000 acres of land bank from across the state, airports are getting opened this year in Shivamogga, Vijayapura and in Karwar, besides 6,000 kms of national highway are getting ready.

He also said that Bengaluru, which is already renowned as a major IT hub, is now emerging as a financial centre, and very soon it will emerge as the number one in this space.