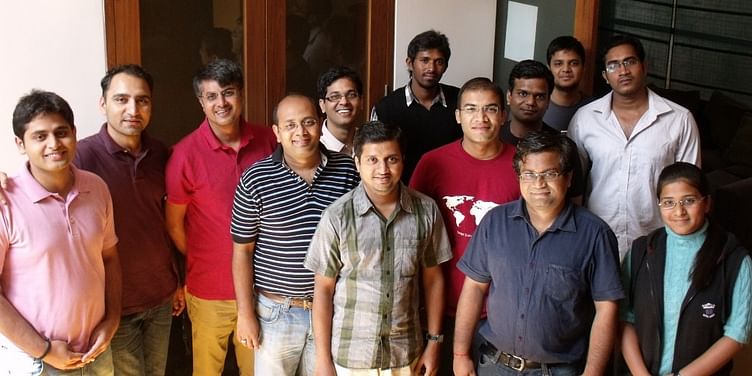 Bengaluru-based SaaS startup ﻿MoveInSync﻿, an enterprise employee commute automation platform, turned EBITDA (earnings before interest, taxes, depreciation and amortisation) positive in Q2 FY2023. It is now eyeing a significant uptick in revenue this year by doubling down on the hybrid work model.

MoveInSync said it earned a revenue of Rs 65 crore in FY 2022, and is now looking to clock Rs 350 crore in revenue by the end of this fiscal—a 5X growth. It aims to double that figure to Rs 700 crore in the next fiscal.

“We are absolutely delighted to continue our growth story. Over the last six months, we have grown more than 100% with enterprises rapidly bringing back employees to work. We have seen this trend globally. Our growth is driven by the need for enterprises to optimise employee productivity at various levels-be it in commute or at work itself,” said Deepesh Agarwal, Co-founder and CEO of MoveInSync, in a press release.

The company helps enterprises such as Google, Microsoft, Infosys, Wipro, Facebook, and Amazon to transport over 500,000 employees per day. It uses patented algorithms to ensure optimum vehicle utilisation and employee commute time.

However, it had to hit pause in 2020 when the pandemic struck and lockdowns were announced all over the world. This was when it came up with a hybrid work platform—WorkInSync—that enables employees to return to the office.

Now, as offices globally are asking their employees to come to work some days of the week, MoveInSync has seen rapid growth in its business. It plans to enter new markets such as the Philippines and Ghana, in addition to bolstering its operations in countries including Indonesia, Sri Lanka, Malaysia, South Africa, and Jamaica.

According to the data collected by the company’s platform from over 200 global enterprise customers across 24 countries, over 80% of the workforce is now back in the office but in a hybrid manner. MoveInSync expects this number to cross 100% of pre-COVID-19 levels by early next year.

The company has 500 employees on its payroll and is looking to add another 200 in the next 12 months as it embarks on its expansion strategy.

It raised $8 million in Series B funding led by Nexus Ventures Partners in 2018, and is backed by other investors including Athera Capital, Saama Capital, and Qualcomm.

(The story was updated to correct factual errors in EBITDA details and FY22 revenue.)