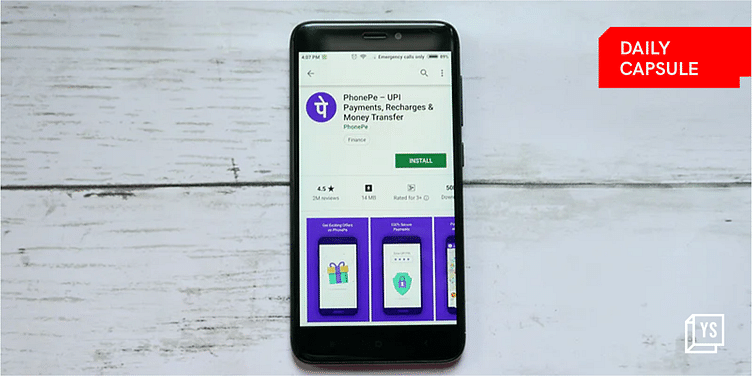 In its second major fundraise this year, Flipkart-owned digital payments platform PhonePe has received a fresh capital infusion of about Rs 742 crore from its Singapore-based parent.

Pandemic favourite Zoom is falling out of favour.

Shares of the company are down by almost 90% from their peak in October 2020 as it struggles to adjust to a post-COVID-19 world.

In other news, Saudi Arabia dealt a heavy blow to fan favourites Argentina in a 2-1 defeat at the FIFA World Cup 2022 in Qatar. For Argentinian captain Lionel Messi, who vowed that the team would bounce back, this is the last chance to bring home the world cup trophy.

Last but not least, here are the 200 most common passwords. Surprised to see ‘batman’ was used only 9,407 times.

Here’s your trivia for today: Which is the longest-running science-fiction television show?

In its second major fundraise this year, Flipkart-owned digital payments platform PhonePe has received a fresh capital infusion of about Rs 742 crore from its Singapore-based parent.

How many times have we clicked an image or perhaps shared a fun note with a friend, only for these memories to be later lost to a cloud dump?

United Arab Emirates (UAE) based ﻿AUM Ventures ﻿is launching its maiden venture capital fund. It is an early and pre-growth stage VC fund that supports tech-enabled and consumer-focused Indian entrepreneurs. The VC firm is targeting $30 million for the new fund.

Which is the longest-running science-fiction television show?

Answer: Doctor Who, which premiered in November 1963.