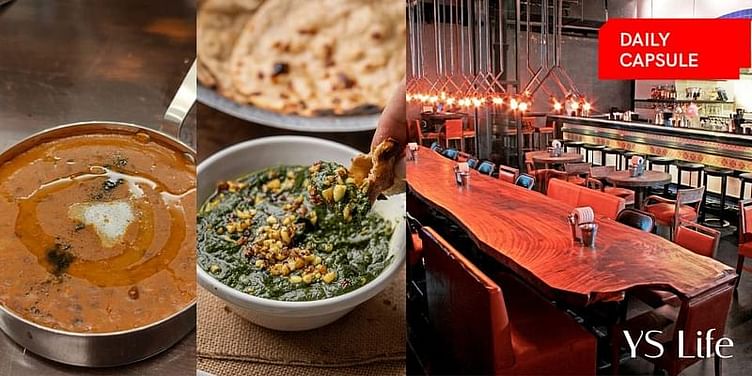 Jaibir Singh Kohli, the fourth-generation owner of Pritam da Dhaba, Mumbai’s iconic 80-year-old restaurant that has recently moved into a new space, shares how success is a homegrown, slow-cooked secret.

Some fun at the expense of the chaos at Twitter hurt nobody. While Elon Musk is reportedly busy asking leadership to stay on board amid mass resignations, farewell memes galore on Twitter, with one saying that it was like "the Titanic going down."

November isn't just proving brutal for the social network but also for ﻿Amazon﻿, which has begun to lay off an expected 10,000 employees and has plans for more job cuts next year, CEO Andy Jassy told employees. According to Layoffs.fyi, more than 120,000 tech workers have been laid off this year.

Meanwhile, the government has released the draft of a new Personal Data Protection Bill aimed at protecting digital personal data, allowing the transfer of data outside India, and providing for penalties regarding data breaches.

On another front, to ensure that financial influencers—or 'finfluencers'—put out veritable information on social media, the Securities Exchange Board of India is reportedly drafting guidelines for them in the light of unsolicited social media 'stock' tips.

ICYMI: Even a Boeing 747 can land at Arunachal Pradesh's to-be-inaugurated Donyi Polo airport, connecting the state to the rest of the country. The world is definitely getting smaller!

Here’s your trivia for today: Where is the highest rail bridge in the world located?

While India may have been introduced to Butter Chicken in the 50s, it was the famous Pritam da Dhaba that introduced the original iconic dish to Mumbai.

Celebrating its 80th year of operation, the Dadar, Mumbai eatery has a rich legacy—it was the city's first air-conditioned restaurant, was inaugurated by Raj Kapoor, and recently opened a second location in Juhu.

Age no bar for Zepto founders

While Zepto co-founders Kaivalya Vohra and Aadit Palicha may just be 20 years old, age is no bar for the founders who have a real conviction about their idea to start up.

"We believed the product will be exciting and change the way people are buying groceries today, so rather than our personal progress, we are more concerned about how to make Zepto a bigger player in people's minds,” Kaivalya said at YourStory's TechSparks 2022.

Two years later, the Bengaluru-based label has established itself as a multi-crore brand catering to customers pan India through its D2C website.

Where is the highest rail bridge in the world located?

Answer: India. The Chenab Rail Bridge between Bakkal and Kauri in Jammu and Kashmir over the Chenab river is at a height of 359 metres (1,178 ft).