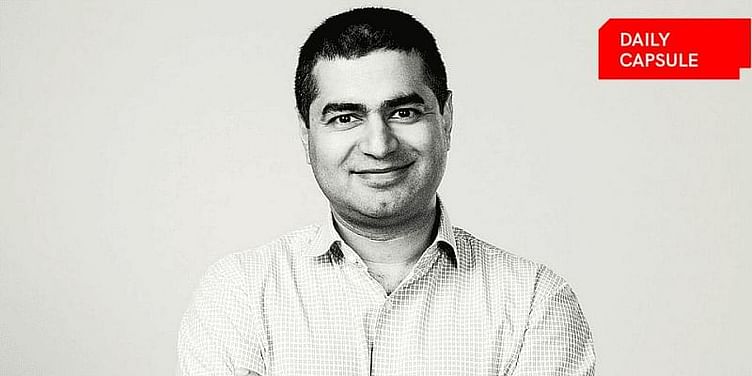 Great founders typically see great opportunity in depressed market conditions, indicated the MD of Sequoia India and Southeast Asia, primarily as there’s likely to be less competition in such times and as hiring becomes easier.

The ﻿FTX﻿ saga seems never-ending. Now, Binance Chief Executive Changpeng Zhao has said the crypto exchange has stopped accepting deposits of FTX’s FTT token, shortly after pulling out of a deal to acquire the embattled company.

This comes after over $1 billion in customer funds vanished from FTX—on the same day the company filed for bankruptcy protection—putting founder Sam Bankman-Fried in a soup.

From one virtual world to another, looks like Twitter will bring back its new blue subscription by “probably end of next week,” its chief Elon Musk said.

This wrapped up the turbulent week at the social media giant that saw Twitter taking down $8 verification as parody accounts ran amok, a partial u-turn on layoffs, and Musk bracing employees for 80-hour work weeks, no free food, or remote working.

Meanwhile, if you missed out on YourStory’s definitive startup-tech event TechSparks 2022, that brimmed with fascinating conversations from across sectors of the Indian startup ecosystem, check out the full coverage here.

Here’s your trivia for today: Which animal takes the longest to digest food?

Though the world is facing a global recession and India is in the midst of a funding winter, Shailendra Singh, Managing Director of  Sequoia India and Southeast Asia, is pretty upbeat about the prospects for the startup ecosystem.

“These funding winters and cycles… they come and go. We’ve seen like 5-6 of them if not more,” he told Shradha Sharma, Founder and CEO of YourStory, at TechSparks 2022.

The pandemic hit BookMyShow hard, with its core movie ticketing business completely shut, and the company slashing its employee numbers from 1,700 to 550.

But Founder and CEO Ashish Hemrajani didn't give up and transformed the company's tech stack to adapt to the changed circumstances.

“We narrowed it down to four executable ideas—our right to win, total addressable market (TAM), blue ocean strategy, and where we can get-to-market really quickly,” said Ashish.

Senthamarai Gokulakrishnan started ﻿Yuukke﻿, which means ‘catalyst' in Tamil, as a networking platform between Tunisia and India, connecting women entrepreneurs of both countries to the world.

“Yuukke was started with the purpose to empower women to shape the world, to move the needle faster and increase inclusivity. We need to strongly support women in business,” she says.

Which animal takes the longest to digest food?

Answer: Sloths. They can take 2-4 weeks to digest food.