I am sorry: Byju apologetic but undaunted at TechSparks 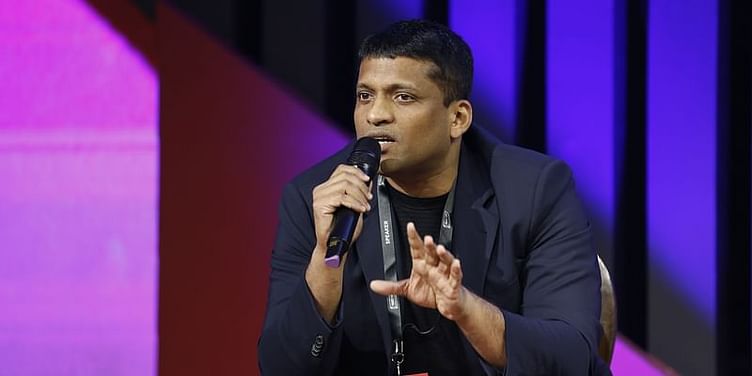 The Founder and CEO of BYJU'S admitted mistakes were made in chasing fast growth, and that the company is working on correcting those.

Byju Raveendran, Founder and CEO of ﻿BYJU'S﻿, often comes across as unapologetic and aggressive in building what's now the world's most-valuable edtech company. But on Day 2 of TechSparks Friday, Byju had no hesitation admitting and apologising for mistakes made in chasing fast growth.

Addressing a large gathering of entrepreneurs and investors on the inaugural session of the day, he said the company had corrected many of these missteps and would continue to do so.

“There's no scope for short-term optics. Just like anyone else, when you grow this fast, we've made our fair share of mistakes and we're sorry about it,” he said during a fireside chat with YourStory founder and CEO Shradha Sharma and BYJU'S co-founder Divya Gokulnath. “We are correcting our mistakes to move further.”

Underlining this sentiment, Divya added that the company was a pioneer in edtech rather than in perfection. "We're lucky to be able to make mistakes,” she said at TechSparks 2022, the 13th edition of YourStory's flagship annual event and India's most influential startup-tech summit.

Throughout the session, both Byju and Divya struck a balance between taking accountability and providing context.

Speaking on the company's layoffs over the past year, the duo were keen to stress that even as BYJU'S had laid off roughly 5% of its workforce, it remained among the top 30 private employers in the country, and the only startup on that list.

Despite this, Byju didn't shirk responsibility for having to let go of employees. "No amount of sorry will take that away," he said.

The company hasn't always made headlines for the right reasons in the recent past, most notably for the circumstances surrounding its recently published financials for the year ended March 2021, mass layoffs, and aggressive sales tactics.

Byju said that while the company's FY2021 financials may look bad, the financials for the subsequent year would make up for it. "Losses will be more than halved, and revenue has grown 3X," he said.

Even so, he did not play down the challenges BYJU'S has faced recently.

“I am not romanticising the last three months. It has been tough and it has been challenging, but there's no chance BYJU'S is going down,” he said. "We will make more mistakes but we will correct it."