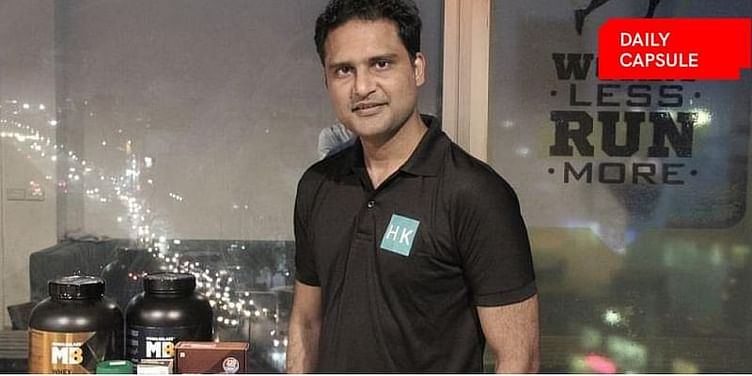 After coming to a complete standstill in 2020, the segment is now reporting spurts of growth, with demand and rents rising sharply across India.

Has the pandemic turned us into anti-social goblins?

Welp, the numbers do hint at that possibility! More than 318,000 English speakers around the world chose “goblin mode"—behaviour that is unapologetically self-indulgent, lazy, slovenly, or greedy—as the Oxford word for 2022.

In other news, Warner Bros. Discovery is close to finalising the name for its upcoming streaming service, which will combine HBO Max and Discovery+, reported CNBC. The expected name “Max” is currently being vetted by the company’s lawyers.

Lastly, here’s a sneak peek inside the world’s “skinniest” skyscraper.

The pencil tower—super-slender skyscrapers that became popular in Hong Kong in the 70s—is called Steinway Tower. It is 1,428 feet tall and has a record 24:1 height-to-width ratio.

Here’s your trivia for today: When was the world's first human-to-human heart transplant performed?

Between 2015 and 2021, India’s coliving sector saw a sharp rise with several startups—﻿ZoloStays﻿, ﻿Colive﻿, ﻿Your-Space﻿, ﻿Isthara CoLiving﻿, ﻿Housr﻿, ﻿Settl﻿, and ﻿Hyphen﻿, among others—stepping up to offer the ideal home away from home.

Then, COVID-19 happened and the whole sector came to a standstill. However, now that workplaces and colleges are opening up, the sector seems poised to bounce back with rigour to pre-pandemic levels, say experts.

After raising $65 million just a couple of weeks ago, Tata ﻿1MG﻿-owned ﻿Healthkart﻿ has raised another $135 million in a round led by Temasek. The company will use the fresh funds to build its D2C brands, increase offline distribution, expand international operations, and for acquisitions.

Doubling down on content, ﻿The Good Glamm Group﻿ is now set to acquire a majority stake in digital media company Tweak India. It will function under the parent's Good Media Co while Tweak founder Twinkle Khanna will remain in her role, as well as become a shareholder of The Good Glamm Group.

When was the world's first human-to-human heart transplant performed?