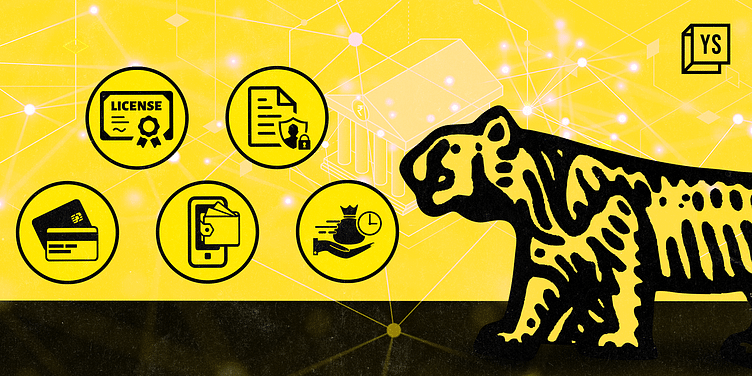 Fintechs are waiting for regulatory bodies to offer more clarity on a number of issues that were raised in 2022, or even earlier, such as on the much hyped New Umbrella Entities.

Fintech startups came in for a hard realisation this year—always anticipate regulatory conflict.

With the Reserve Bank of India undertaking a closer oversight of the sector this year and issuing guidelines that changed the course of several startups, particularly for digital lenders, it’s become imperative to stay within boundaries yet to be drawn.

The central bank has been busy trying to rein in digital lenders to ensure customer and data protection, curtail mis-selling and unethical recovery practices, and build more secured offerings.

For this, it introduced a slew of guidelines, including curtailment of lending through prepaid payment instruments (PPI) such as prepaid cards and wallets, a ban on short-term loan securitisation, and scrutiny on the issuance of licences.

While startups offering ‘buy now, pay later’ products were among the most affected, the wider impact of RBI’s increased oversight of the fintech sector is expected to play out in the coming year.

Digital lending will remain a focus, but industry stakeholders are also anticipating the rollout of credit via UPI and more nonbanks to be allowed to issue credit cards.

Offline payment aggregators are also likely to come under the purview of RBI, and would need to apply for a licence to operate, just like online gateways.

YourStory spoke with sector experts to understand what fintechs, particularly in the lending space, could expect in 2023 from a regulatory point of view. Here’s a snapshot:

One of the major aspects of the Digital Lending Guidelines introduced by RBI in September was the First Loan Default Guarantee arrangement between banks and fintechs. This is meant to ensure that fintech startups compensate their partner banks or non-banking financial companies that actually extend credit to their customers in case of loan defaults.

Sugandh Saxena, CEO at Fintech Association for Consumer Empowerment, expects the guarantee proposal to be among the core topics of discussion during the first half of 2023.

The regulator is expected to ensure implementation of the guidelines and offer clarity on several of its sub-sects, including on prepaid cards, in the coming year.

Overall, the industry expects more guidelines around disclosures and collection practices, says Gaurav Chopra, Founder at IndiaLends, and a founding member of the Digital Lending Association of India.

The ministry froze their assets and stepped up scrutiny on online payment gateways that facilitated these transactions. The Enforcement Directorate blamed the gateways for “lax due diligence” and “non-reporting of suspicious transactions”, which it said allowed the racket to flourish.

The crackdown is expected to continue in 2023 with more aggressive audits for gateways, according to the founder of a payments fintech startup.

RBI, meanwhile, is preparing a “whitelist” of lending apps that can be hosted on app stores.

So far, RBI has been stringent on the issuance of credit cards by non-banking entities. At present, most NBFCs can only distribute credit cards of banks they have tie-ups with. Only two NBFCs—SBI Cards and Payment Services and BOB Financial—are allowed to issue their own credit cards.

“RBI is and should be actively considering opening up a few credit card licences in 2023. We are hearing three to five,” says a financial service head of a leading consultancy.

Given the rising demand for smaller credit lines, consumer-facing NBFCs will likely be the first to get these licences if the proposition moves forward.

For fintechs or new-age players, however, the idea is still a distant dream. That said, he adds, “The regulator may consider issuing licences to one player to promote innovation and take forward the idea of both NBFC and fintechs working together to help expand the large credit pace.”

Fintechs with an NBFC licence, such as LazyPay, Slice, and Uni, already issue prepaid cards through tie-ups with banks. For such players, RBI’s nod to issue credit cards will help expand their offerings.

Ranvir Singh, Founder and CEO at consumer lending fintech Kissht, is hoping for a favourable announcement and clarity in a couple of months.

In a recent press conference, tech industry veteran Nandan Nilekani also pitched for the same, saying: “... as RBI gets more confidence with this, they'll open up to more forms of credit on UPI card and, therefore, there'll be new native credit abilities on UPI, like BNPL, and so on”.

RBI is also weighing the possibility of allowing peer-to-peer platforms to venture into secured lending. Industry discussions are expected to be started next year.

In a bid to boost the Retail Payment System, RBI had pitched the idea of ‘New Umbrella Entities’ as an alternative mechanism to India’s flagship payments processor, the National Payments Corporation of India (NPCI).

While the eligibility for the licence and responsibilities of an NUE were laid down, its authorisation has been delayed or put aside owing to data storage and localisation issues.

A five-member committee under the chairmanship of P. Vasudevan, Chief General Manager, RBI, was directed to review licence applications, and analyse macroeconomic impact and security risks in light of the proposed framework.

Rakesh Pozhath, Partner, Bain & Co. expects the NUE framework to be revived in 2023.

Finally, on neobanks, or digital-only banks.

RBI has remained tight-lipped about issuing full-stack digital banking licences, and is expected to continue keeping the proposition at the backend, according to industry experts.

This, although the government’s think-tank NITI Aayog had released a discussion paper rooting for authorities to allow neobanks to become fully licensed digital banks.

In 2023, it would be ‘business as usual’ for neobanks, with further integration with traditional banks remaining a key focus area for growth and innovation, says Ankur Maheshwari, Chief Financial Officer at Freo, a neobank.