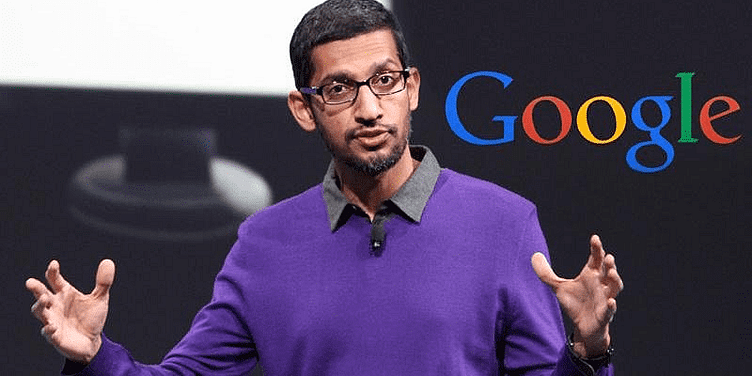 Sundar Pichai said he has noticed that the sophistication of the Indian startup ecosystem is measurably improving, and Indian startups like Glance are getting noticed worldwide.

﻿Google﻿ is building voice and text search for over 100 Indian languages and will spend $75 million to support women-led startups in the country, CEO Sundar Pichai said at the start of his visit to India.

India, he said, will be a big export economy, and it needs to create a balance between safeguarding citizens and enabling companies to innovate with its framework.

Pichai first met Telecom and IT Minister Ashwini Vaishnaw and spoke at the Google for India 2022 event before calling on Prime Minister Narendra Modi.

"Thank you for a great meeting today PM @narendramodi. Inspiring to see the rapid pace of technological change under your leadership. Look forward to continuing our strong partnership and supporting India's G20 presidency to advance an open, connected internet that works for all," he tweeted after the meeting.

While the company did not disclose what was discussed during the meeting, Pichai, in a blog to mark the start of the visit, stated that he would be discussing with Modi how Google is "supporting small businesses and startups, investing in cybersecurity, providing education and skills training, applying AI in sectors like agriculture and healthcare, and other priorities".

"Prime Minister Modi's Digital India vision has helped to accelerate the progress we're seeing across India, and I'm excited for India to share its experience with the world as it takes over the G20 presidency in 2023," he said.

While speaking at Google for India 2022 event, he said a part of the India Digitisation Fund (IDF) is increasingly focusing on startups from India, and one-fourth amount of $300 million from the fund will be invested in entities led by women.

In July 2020, Google announced plans to invest $10 billion in India over the next five to seven years, as the search giant looks to help accelerate the adoption of digital services in the key overseas market.

The India-born CEO said that the technology is working at a big scale and touching the lives of people around the world, which calls for framing responsible and balanced regulation.

"Given the scale and technology leadership it (India) will have, it's important to make sure you are balancing, putting in safeguards for people. You're creating an innovative framework so that companies can innovate on top of a certainty in the legal framework. I think it is an important moment in time. India will also be a big export economy. It will benefit from an open and connected internet and getting that balance right will be important," Pichai said.

Pichai is on his visit to India after a gap of around three-and-a-half years. He met President Droupadi Murmu and Prime Minister Narendra Modi and held a joint session with Union IT and Telecom Minister Ashwini Vaishnaw.

He said during each visit, he notices that the sophistication of the Indian startup ecosystem is measurably improving, and Indian startups like Glance are getting noticed worldwide.

"There is no better time to do a startup than the current moment. Even though we are working through a macroeconomic moment like this. Companies like Google were created in moments of the downturn. I think I am very bullish about it over time," Pichai said.

He said that India offers an opportunity to scale up its solutions and implement them across the country.

In his blog, Pichai said Google is working on making text and voice internet searches available in over 100 Indian languages.

Google announced a collaboration with the Bengaluru-based Indian Institute of Science to collect speech data from 773 districts across India to fine-tune its language translation and search technology.

Google announced a grant of $1 million to set up India's first responsible AI (Artificial Intelligence) centre at IIT Madras and a $1 million grant via Google.org to Wadhwani AI towards using advanced technology for better agricultural outcomes.

Pichai said the pace of technological change in the country has been extraordinary, and Google is supporting small businesses and startups, investing in cybersecurity, providing education and skills training, and applying AI in sectors like agriculture and healthcare.

"I'm here to see progress being made from our $10 billion, 10-year India Digitization Fund (IDF), and share new ways. We're helping to advance India's digital future at our Google for India event," he added.

Google at the event announced a collaboration with the National eGovernance Division (NeGD) to enable people with easy access to their authentic digital documents, directly from the Files by Google app on Android.

"Very soon, the Digilocker app will become part of the Android ecosystem. All phones with Android have Digilocker in-built with them," NeGD President Abhishek Singh said.