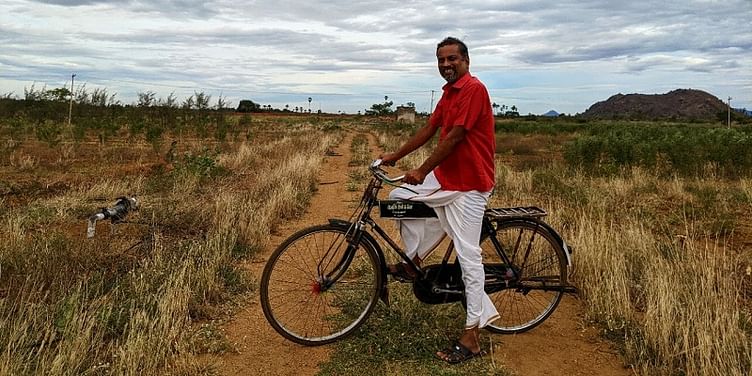 Padma Shri awardee and CEO of Zoho Corp Sridhar Vembu pointed out that merely having manufacturing facilities of global tech product companies like Apple will not bring "high-income jobs" for people at large in India.

The Padma Shri awardee and CEO of the country's first billion-dollar IT product company said the country lacks a culture of its own R&D and pointed out that merely having manufacturing facilities of global tech product companies like Apple will not bring "high-income jobs" for people at large in India.

"A corporate mandate to spend 1 or 2% on R&D is needed for India like the 2% CSR (corporate social responsibility) mandate. It is a high-potential investment," Vembu stated in a brief interview with PTI.

He was recently delivering his lecture on 'Transforming the Indian Economy' organised by the Indian Chamber of Commerce and Swadeshi Research Institute.

The government has expanded the scope of CSR to R&D, but the country currently does not have any dedicated research mandate for corporates.

Asked about India's success in receiving Apple's investment to manufacture in India, Vembu compared the situation with Mexico where there are factories for US companies but they don't have much value addition.

"We (India) have to know what is a long-term model for us," he asked.

"We need those factories but we also need the R&D, to 'own the technologies' because we need to have high-income jobs to come here (India). Then the income will spread through the economy. Mere factories without intellectual properties will have limited benefits on the economy," Vembu said.

Union IT minister Ashwini Vaishnaw had earlier announced Apple's iPhone is now getting made in India, and its biggest plant is set up at Hosur near Bengaluru. Some 60,000 people will work in a single factory.

Emphasizing building a culture of research, Vembu said, "There are large multiplier effects from R&D jobs. We need these jobs here." India must focus on design, development, and manufacturing for the world, Vembu said.

He built his billion-dollar product company purely on research by Indians engaging rural talent and resources.

Vembu said the company will begin R&D work on India-made computer-aided design software for engineering and other sectors, which are now dominated by the US or other global majors.