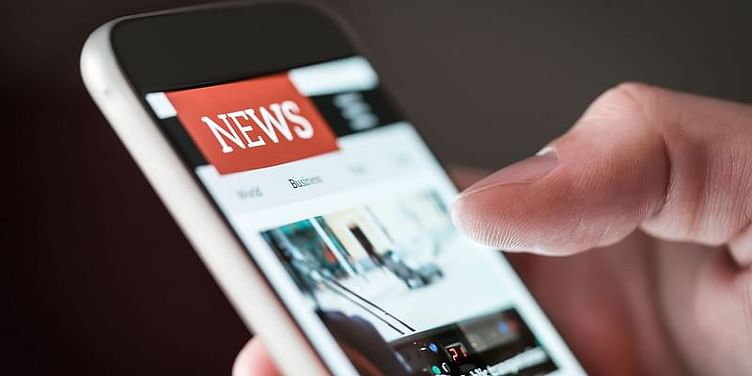 YourStory presents the daily news roundup from the Indian startup ecosystem and beyond. Here's the roundup for Friday, December 26, 2022.

Indian consumers spent 11 billion minutes travelling in Uber for the year 2022 with Delhi-NCR emerging as the city with the highest number of rides followed by Bengaluru.

These were the findings of Uber as it released the trends it observed during 2022 and this amounted to 4.5 billion kilometres of total travel distance by riders in India. Uber Go was the popular product followed by Uber Auto in terms of consumer preference.

Among the other findings, after Delhi-NCR and Bengaluru, Hyderabad, Mumbai, and Kolkata saw the highest number of Uber rides in 2022. Uber is now present in 123 cities in India and among the debutant cities has been Rajahmundry in Andhra Pradesh.

Adda247, a government job preparation app has granted stock options under its Employee Stock Ownership Plan (ESOP) program to its employees. The total valuation of the ESOP pool is worth Rs 150 crore as of the date and has an annual vesting period of 4 years.

Adda247 first launched its ESOP policy in 2016 and has since then rewarded around 10 percent of its workforce across levels and bands. It currently has 22 million monthly active users, and a total of 2 million paid users. Recently, Adda247 also raised $35 million from marquee investors like Google, WestBridge Capital, Infoedge and Asha Impact.

Anil Nagar, Founder and CEO, Adda247, said, “We have built Adda247 with an employee-first DNA. The entire purpose of ESOP policy is also to give priority and importance to our employees. Through the policy, we want employees to grow with the organisation and also reap monetary benefits for themselves.”

SaveIN, a YCombinator backed Gurugram-based startup has raised an additional undisclosed round of capital taking its total funding to $8 million in the last nine months. The investors in this startup include Pioneer Fund, 10X Founders, Bayhouse Capital and Leonis Fund.

SaveIN is building an integrated healthcare ecosystem where it connects customers to quality healthcare providers in its network and offers checkout finance to them, in the form of instant zero-cost EMIs.

The company launched its Care now, Pay later offering in January 2022 and has since grown to build a network of over 2500 healthcare and wellness centers across 50 cities of India.

SaveIN Founder and CEO, Jitin Bhasin said, “We will continue to invest in people, product and distribution, to realise our vision of facilitating hyper-local, quality healthcare with enhanced affordability for one and all.”

Flipkart had signed an MoU with Karnataka Skill Development Corporation (KSDC) to provide 15 days of digital classroom training along with a 45 days on-the-job apprenticeship at Flipkart supply chain facilities and over 543 candidates, including 109 People with disabilities, are currently undergoing training at Flipkart’s SCOA in Karnataka

More than 50 candidates trained at the Flipkart SCOA have been offered employment opportunities by Flipkart in warehousing and delivery roles in Karnataka.

The Flipkart Supply Chain Operations Academy (SCOA) was launched in 2021 to provide industry-relevant training and knowledge to the local youth and create a pool of skilled supply chain operations talent. The initiative aims to bridge the skill gap and increase employment opportunities, including for those with disabilities.

Dapps raises angel round of funding

Dapps is an app store with tools for developers which would help them in scaling and commercialising their apps—from interoperability, communication, commerce, and identity and keeping all of it open source.

According to Dapps, it solves the problem of discoverability and visibility, which increases retention by enabling on-chain communication and notifications.

The funding will enable Naomi to launch its first retail outlet in Hyderabad besides utilising it for product innovations, brand marketing campaigns and distribution. Naomi Patisserie & Bakehouse is building an experiential place for pastries, viennoiserie, bread and gourmet food. It attempts to redefine the essence of these delectables with complete Indian ingredients.