Despite risks, Cars24 hits the gas on retail biz with eye on near-term profitability 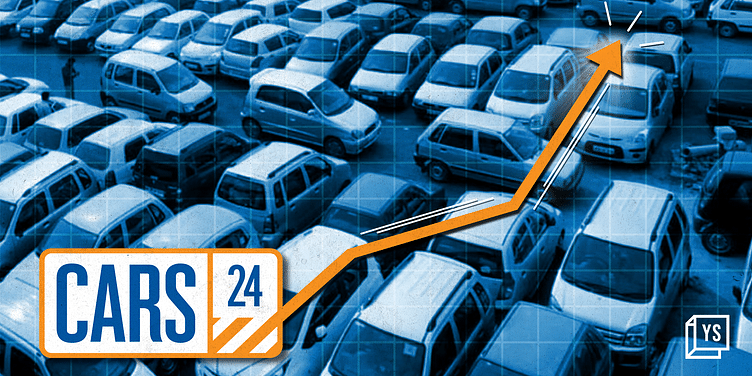 The used car reseller has drawn up an elaborate plan to turn profitable in 2-3 years—with refurbishment labs, market expansion, financing, and measures for cash conservation. Will these levers do the trick, given the risks of slow-moving inventory and consequent economic burden?

﻿Cars24﻿ has set itself a revenue goal of Rs 10,000 crore in 3-5 years. Given that its current revenue is at about Rs 6,008 crore, that target would require the used car reseller to hit 10% annual growth in each of the next five years, or 20% over the next three.

What seems even more daunting is Cars24’s more ambitious objective—profitability in 2-3 years, something that most players in this market are struggling with at the moment.

While Cars24’s revenue more than doubled in FY22 from Rs 2,775 crore in the year prior, its loss widened to Rs 248 crore from Rs 191.5 crore. The company attributes this to its investments in product, technology, and marketing, mainly aimed at pumping up its retail business.

Cars24’s close competitor, Gurugram-based Spinny, too has seen a similar revenue and profit trend. While its revenue surged 4.5X to Rs 180 crore in FY22, losses surged 300%.

Vikram Chopra, CEO of Cars24, is unfazed by the buzz around the numbers.

He says the company has a “clear plan” to steer the business to profitability—involving niche ‘refurbishment’ labs, market expansion, bolstering the financing arm, and exploring new avenues of growth—besides measures for cash conservation.

Vikram expects that over the next 2-3 years, Cars24’s India business will start making profits at the EBITDA level. “Once India starts making profits, it becomes a feeder for us investing in new initiatives,” he said in an interview with YourStory. “We are looking at a healthy double-digit growth year-on-year.”

Cars24’s pre-owned car sales grew 75% from the January-March quarter to the October-December quarter in calendar 2021. Maruti, Hyundai, Honda, Renault and Ford were some of the brands that saw good demand.

As the company seeks better margins, it has been steadily shifting gears, in the last couple of years, towards the retail market. Investors see this as part of the company’s natural business evolution towards a more lucrative proposition.

“Every business has to evolve and look at margin expansion, a larger market size, etc. Cars24 knows that margins are higher in the retail business than in wholesale,” said a private market investor on condition of anonymity.

To be clear, the company has not moved away from its core consumer-to-business model. Cars24 operates in both the C2B and B2C segments. (In the C2B wholesale model, the company primarily sources cars from users and sells to dealers.)

In its efforts to boost the retail business, Cars24 set up seven refurbishment labs—in Delhi-NCR, Ahmedabad, Mumbai, Pune, Hyderabad, Bengaluru, and Chennai—over the past two years. Cars treated at these centres would then be sold at a premium price to customers.

Industry observers, however, have expressed concerns on the return on investment that these refurbishment labs can generate.

“Only volumes can make the investment worthwhile,” says an industry insider. “Over a period of time, Cars24 may start acquiring cars irrespective of price or quality, which puts the cost of refurbishment as a big variable. And then connected to it, you have the cost of inventory holding.”

Focus on inputs over output, says Vikram Chopra of Cars24

Analysts are of the view that the retail bet may be risky, as the model comes with the burden of a high and slow-moving inventory.

The consensus is that used cars cannot be sold beyond a price and therefore profitability becomes a challenge if the inventory does not move fast and is held for a period of even one to two months.

“During this period, the value of the product may decrease because the demand in the market may decrease. The ability to generate profits on slow-moving inventory is a problem, thereby leading to an inventory risk,” cautions an investor.

Stocking inventory for a long period can also lead to a situation wherein one is forced to liquidate at a lower price and margin. “This makes it tough to make economics meet,” says an investor.

A lot hinges on the manner in which the reseller assesses cars, so that it does not pile up everything that comes its way—something the company has learnt from experience.

“Earlier Cars24 used to take almost all cars, even if it had a history of accidents or high insurance claims. This was a confidence boost for all dealers. They were giving us competitive prices,” says Vignesh Ramakrishnan, Co-founder, CarPal India, a dealer working with companies such as Cars24 and Spinny.

When the company realised these challenges, it shifted its procurement strategy with a tougher screening process.

“Now Cars24 has introduced filters for procurement. They are selective about procuring cars. If the car doesn’t match their criteria, we don’t get a price for it,” says Vignesh.

Path to growth and profitability

Bearing in mind the long-term objective of improving profitability, Cars24 plans to bring in better business efficiencies and reduce overall cash burn. In the last 6-9 months, the focus of the company has been on unit economics, says Vikram.

“We are looking to refine business processes, streamline and define overall strategy, new revenue lines, improve conversions and are looking to improve on every line of the P&L,” he says.

Cars24 has also pared down its headcount, though the company says this was not done to cut costs but was part of its appraisal process. In May last year, it let go of around 600 employees citing “poor performance”.

Media reports suggest that the cash burn at the company has gone down by 50% from its peak at the end of 2021. However, the company did not confirm this.

Growth for Cars24, according to its CEO, will come through a combination of expansion within India, new revenue streams, and revenue from its financing business—which will help obtain a greater market share.

The company plans to introduce new lines of revenue, such as loan, insurance, and roadside assistance. Vikram believes these “new sources of growth” will ensure the company has a full bouquet of offerings in the used car space.

Cars24 is also looking to bolster its financing arm. It aims to double loan disbursals to buyers by the end of FY23-24—from Rs 1,000 crore now. So far, Cars24 has provided financing for over half of the cars sold through its platform.

In an attempt to increase access and scale, the company has drawn up a plan to expand its physical footprint. Cars24 is present in 100 cities through physical touchpoints and it aims to expand to 1,000 cities over the next couple of years. Internationally too, it plans to widen its presence in markets such as Australia, the Middle East, and Southeast Asia.

Cars on rent: This tech-backed car subscription firm is bringing cars to its users

The report also said an estimated 4.4 million used cars were sold in India in FY2021-2022. The market is expected to touch sales of 8 million units by 2026-27, driven by factors such as the rising middle class and young population, steady growth in disposable income, technology-driven transparency, convenience, and simplicity of transactions.

While the market has a large potential for new-age players, it will be interesting to see the measures they adopt to scale up and ensure profitability at the same time.