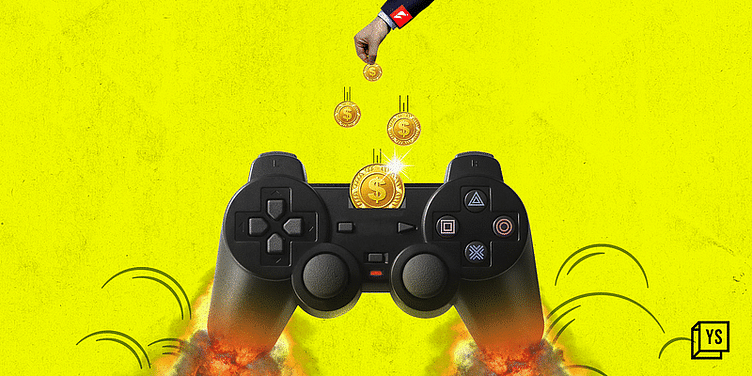 The Bengaluru-based investment firm known for backing some of India’s leading direct-to-consumer brands has taken a shine to digital entertainment, particularly gaming startups, with a long-term view on the emerging sector.

After backing mostly consumer brands for over five years, including IPO-bound ﻿Mamaearth﻿, ﻿boAt Lifestyle﻿, and ﻿Vahdam Teas﻿, ﻿Fireside Ventures﻿ is now looking to invest in gaming firms. The Bengaluru-headquartered investment firm is studying the gaming sector and will soon evaluate startups in the segment, said a person familiar with the thinking at Fireside Ventures.

Particularly on its radar are gaming studios, publishers, and companies engaged in decentralised finance (DeFi) gaming. “These are early days and (Fireside Ventures) is studying and exploring the sector,” said this person, speaking on condition of anonymity. “Gaming has a huge opportunity in India. The plan is to build it as a vertical for the next 10 years.”

Fireside Ventures, an early-stage investor with a focus on digital-first consumer product brands, is expected to back gaming startups from its $225-million third fund that it closed in October.

To be clear, Fireside Ventures is not moving away from consumer brands. According to the person above, if Fireside invests in six to seven consumer brands in a year, a couple or more investments would likely be in gaming startups.

The gaming firms could also be used as a monetisation layer for Fireside’s consumer product portfolio, this person said.

“Fireside Ventures is always looking to invest in new areas of consumption, and digital consumption in the form of entertainment, which includes gaming, is becoming a preferred source of consumption across consumer cohorts globally as well as in India,” Shreyans Gangwal, Vice President at Fireside Ventures, said in an email response to queries from YourStory.

“We certainly want to back multiple strategies such as studios or new age platforms and publishing models that have the potential to create deeply localized games as well as build global gaming studios from India,” he said.

The gaming sector in India is in its early stages, with potential for significant growth. The gaming market in India was valued at $2.6 billion in FY2022 and is projected to be worth $8.6 billion by 2027, growing at a CAGR of 27%, according to a report by Lumikai, a gaming-focused investment firm.

Apart from the rise of the gaming community in the country, consumer brands are also embracing gamification as part of their marketing campaigns. Brands such as Swiggy, KFC, Louis Vuitton, and Tissot have been dabbling with gamification campaigns to boost consumer interest and sales.

Also, for a sector still considered to be emerging, there’s been significant action in terms of both investments and exits.

Considering these, Fireside Ventures may be a tad late to the sector, but domestic gaming still presents a significant growth opportunity.

“We are bullish on the entertainment and gaming sector, which has the potential to create standalone, financially viable, homegrown gaming brands from India,” said Shreyans.

While the opportunities exist, the gaming sector, like any other emerging sector, has to contend with some stiff hurdles. Gaming development is a relatively new concept in India, particularly when compared with established markets such as China and the US. Game developers in the country are a young and nascent breed.

Therefore, building a good team of talent will take time, according to investors in the sector. Startups in the sector also need a good amount of capital before they can launch a product in the market, they said.

Regulators are also consistently evaluating the space and bringing in new rules. For instance, the GST Council is likely to levy 28% tax on the total amount of skill-based gaming platforms, up from 18% charged on gross gaming revenue.

In another instance, Google and Apple, on the government’s insistence, had to remove Krafton-backed BGMI and PUBG from their app stores amid data storage concerns.

But these firms breached the billion-dollar valuation milestone and received financial backing during the pandemic-led investment rush. In the current environment, not many sectors or founders are able to attract capital.

Also, ﻿Nazara Technologies﻿ has been the only major listing from the sector, also during the pandemic. But the stock is down by more than 30% since its stellar public market debut in March 2021.