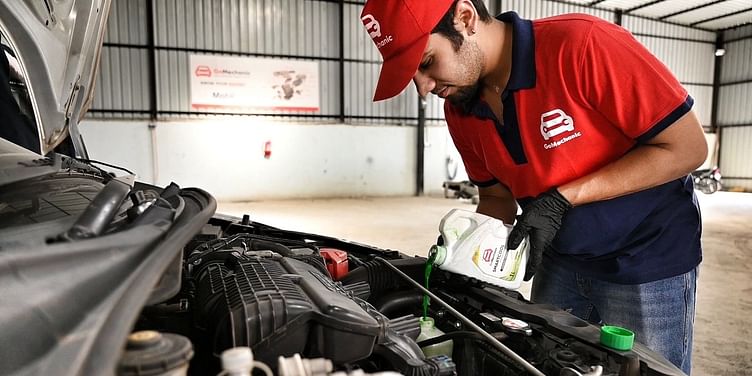 The startup, which recently laid off 70% of its workforce, has been unable to honour vendor payments, and is essentially out of runway, according to sources. In a LinkedIn post today, CEO Amit Bhasin admitted the company made errors in financial reporting.

Car servicing startup ﻿GoMechanic﻿ has been raising funds by misleading investors about its sales numbers and costs, three persons close to the matter told YourStory, in yet another instance of an Indian startup flouting financial compliance and misleading investors.

GoMechanic inflated its sales numbers and showed lesser expenses than it actually incurred in a recent pitch to SoftBank, which was interested in funding the startup, one of the sources said. In its due diligence, SoftBank found inconsistencies and flagged those to the company's existing investors.

The Gurgaon-headquartered startup has also been unable to honour its vendor payments, and is essentially out of runway. Sequoia, one of GoMechanic's investors, has launched a forensic audit.

Existing investors aren't too "excited" about participating in the startup's current round, one of the persons mentioned above told YourStory.

"On a phone call, a couple of investors floated the idea of asking Amit Bhasin (Co-founder and CEO) to step down, but that was just a first-responder call, to be honest. Assessments are still being done to deal with this in the best possible way," this person said.

GoMechanic, founded in 2016, had last raised $42 million in a Series C fundraising round led by Tiger Global Management, with existing investors Sequoia Capital India, Orios Venture Partners and Chiratae Ventures also participating. The company had sought to be valued at about $500 million at the time, per media reports.

Neither Amit nor his co-founders responded to YourStory's email for comment. All the sources spoke on condition of anonymity.

GoMechanic's investors, in a statement, stated that they were "deeply distressed by the fact that the founders knowingly misstated facts, including but not limited to the inflation of revenue, which the founders have acknowledged."

"The investors have jointly appointed a third-party firm to investigate the matter in detail, and we will be working together to determine next steps for the company," they wrote.

According to an EY report, about 60 of over 1,000 GoMechanic service centres violated accounting norms to overstate revenue and divert funds, Bloomberg reported, citing people who asked not to be identified.

GoMechanic has reportedly laid off 70% of its staff. One of the employees affected told YourStory he wasn't "laid off" but rather "asked to resign". He added that his manager conveyed the news to him on a phone call on Tuesday, saying "we can't afford to pay your salary anymore because we've run out of funds."

No severance had been offered to the two affected employees YourStory spoke with. News of the layoffs at GoMechanic was first reported by The Morning Context.

In a LinkedIn post, Amit admitted to financial wrongdoing without getting into any specifics.

"... We made errors in judgment as we followed growth at all costs, including in regard to financial reporting, which we deeply regret," Amit wrote in his LinkedIn post. "We take full responsibility for this current situation and unanimously have decided to restructure the business while we look for capital solutions."

[Updated to add a statement by GoMechanic's investors.]