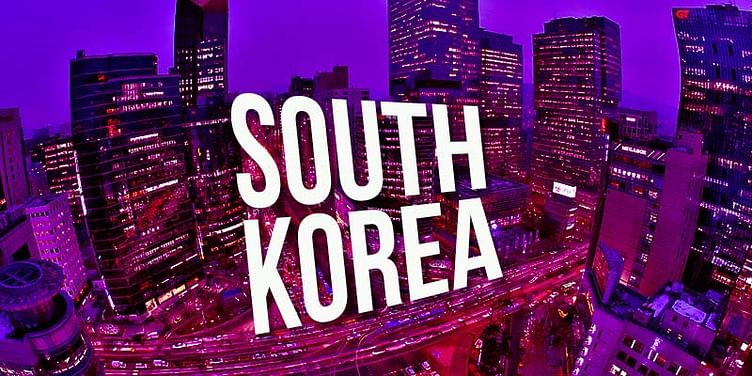 The IMPART Summit, to be held in February, will help South Korean investors discover opportunities in the Indian startup ecosystem. YourStory is a media partner for the event.

India, the third-largest startup ecosystem in the world, continues to attract capital from investors. Now, the investor community from South Korea is keen to strengthen its presence in the country.

Investors from South Korea—venture capital (VC) firms, private equity (PE) players, and corporate funds—have been backing Indian startups over the last six-seven years but the activity has been less intense when compared to companies from other geographies such as North America, China, Japan or Europe.

This trend, however, is set to change as the IMPART Summit, to be held on February 6-10, will help a team of investors from South Korea get a closer look at the Indian startup ecosystem and strengthen its connections.

YourStory is a media partner for the event.

IMPART Summit will be spread over five days, with the South Korean investor delegation meeting stakeholders in Bengaluru and New Delhi, the tech startup hubs of India.

The summit will include a round table conference with policymakers and government bodies such as Startup India, the Indian Venture Capital Association (IVCA), and the National Association of Software and Service Companies (NASSCOM).

KDEM, an initiative by the government of Karnataka, will also be hosting a round table conference in Bengaluru for the visiting investor delegation. The KDEM team will be presenting the latest sector-specific trends in India, reports, and policies.

“KDEM is focussed on enabling the growth of the digital economy in the state of Karnataka, striving to make the digital economy become a major contributor to the State GDP. KDEM is delighted to have the Korean delegation visit us in the month of February, for facilitation of investments in India and contribution towards fostering the startup ecosystem in Karnataka,” Sanjeev Gupta, CEO of KDEM said.

“We have experience working with multiple startups and top investment firms from Korea. We have been closely associated with startups who are actively considering expanding businesses to the Indian market. We want to be the bridge between the two ecosystems and make sure there is a smooth transition of insights/information, so we thought of the IMPART SUMMIT,” Sowmya Keshava, Founder and CEO, Nilah Advisors said.

South Korean investors’ interest in the country’s startup ecosystem comes on the back of the positive broad economic indicators in India. The country, with a population of around 1.3 billion and an aim to achieve a GDP of $5 trillion by FY2025, is one of the fastest-growing economies in the world.

The sheer size of the population and their diverse needs coupled with internet penetration touching 900 million people has led to the emergence of new businesses with innovative solutions. These are being driven by the startup community where India has already witnessed the emergence of over 100 unicorns.

India currently has around 90,000 startups. The country's startup ecosystem received around $25 billion in VC and PE investments in CY 2021 compared to $40 billion in CY 2022 due to the funding winter. However, the broad indicators reveal that there is not going to be any kind of slowdown in terms of new startups emerging who showcase innovative solutions.

In addition, the regulatory environment is also conducive for foreign investors to participate in the Indian startup ecosystem. It is in this environment that VC investments from South Korea into Indian startups by firms like Krafton, KTB Network, and KB Investments have already made the start. The IMPART Summit will be the start to strengthen this bond.

According to Sowmya, the delegation from South Korea will have the leading names from that country and the discussions are most likely to have tangible results.

“Glad to work with this delegation of Korean investors to take benefit of the startup market access & policies driven by us. We look forward to this noteworthy relationship with Korea,” Sanjeev of KDEM said.

The winning investment strategy according to Nobel Laureate, Eugene Fama