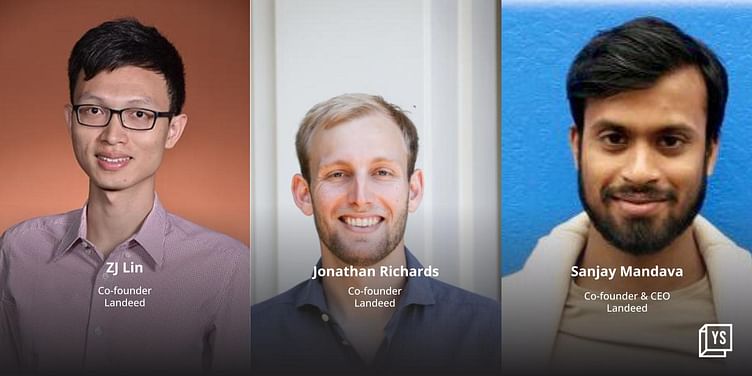 This new funding will be utilised to infuse fresh talent into the company to support the accomplished team and further strengthen the technological infrastructure.

Bengaluru-based proptech startup ﻿Landeed﻿ has raised $8.3 million in a seed round led by Draper Associates, Y Combinator, and Bayhouse Capital.

The funding will be utilised to infuse fresh talent into the company and further strengthen the technological infrastructure.

“We built a standardised interface simplifying the multiple search methods across states into an intuitive and fluid user experience. This unique proposition has led our team to witness impressive revenue growth,” said Sanjay Mandava, CEO and Co-founder of Landeed.

Within four months of its launch, Landeed said it received 1.7 million searches for land titles across the seven states it operates in.

In addition to land documents, Landeed also provides multiple other data points on a single screen such as guideline values and Encumbrance Certificate—a document that shows that the property in question is free from any monetary or legal disputes, among others.

“Tracking and preserving ownership rights is a supremely important matter for any nation. The founders are deeply passionate about the problem and have shown tremendous progress. We’ve connected them to some of the largest real rstate players in India and they’ve become their customers and investors too," said Dhruv Washishth, Founding Partner at Paradigm Shift VC.

(The copy was updated with an investor quote.)