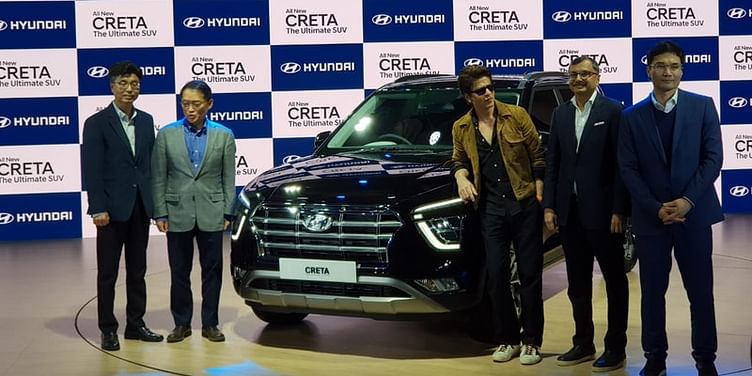 Hyundai has had a good five-year run with the current Creta, topping sales charts in the category. Now, only time will tell if it can continue this run.

At Auto Expo 2020, Hyundai unveiled the second generation Creta in India. It was first seen in China, where it was unveiled as the ix25. The car not only looks different, but also comes with an all-new engine line-up.

The new Creta is expected to have the 1.5-litre diesel engine, which currently powers the Kia Seltos to ensure it is BS-VI compliant. This will replace the 1.4-litre and the 1.6-litre diesel units.

The power output of the new 1.5-litre is expected to be more than the 1.4-litre it is replacing, but less than the 1.6-litre motor.

When it comes to looks, the new Creta has taken a completely new design philosophy and gone is the old subtle look. However, the new SUV’s dual headlamp arrangement with the DRL’s in a horizontal U position may not be everyone’s cup of tea.

The main headlamps are located under the top DRL’s and even the fog lamps have a new arrangement and a scuff plate has been added below the front bumper.

From the side, one can see the squared-out wheel arches, which give the car an imposing side profile. Hyundai has used dual-tone paint to ensure the car is classy to look at and the colour scheme also extends to the C-Pillar.

From the rear, the car has a bold look with lower tail lamps and number plate, which can rub a few people the wrong way.

Hyundai has not given us the dimensions of the car, nor have we been given a peek into the interior so it is not possible to comment on how it looks on the inside. But, the ix25, launched in China had a huge 10.25-inch portrait touch screen infotainment system.

Apart from the 1.5-litre diesel engine, we expect the Creta to get a 1.5-litre petrol and a 1.4-litre turbocharged petrol engine. Hyundai will launch this SUV in March 2020, and it will take on cars like the Kia Seltos, Tata Harrier, MG Hector, and Nissan Kicks.