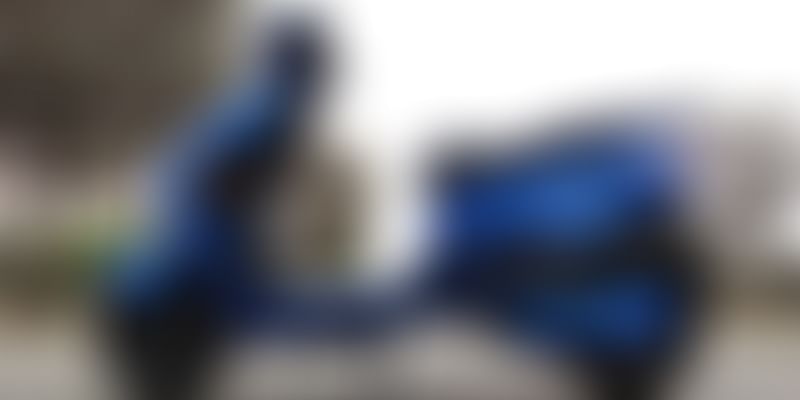 Priced at Rs 59,900, the premium entry-level electric scooter can be ordered online, anywhere in India.

It will be available at its dealerships in Maharashtra, Tamil Nadu, Telangana, Andhra Pradesh, Karnataka, and Gujarat. Besides that, it will also be available on Amazon India.

The BattRE LoEV is powered by detachable 24-ampere lithium ferro phosphate battery. The battery comes with a three-year warranty, and can be fully charged in two hours using the 10-ampere fast charger supplied with the scooter.

LoEV boasts of three-riding modes, and its battery has a life span of 2,000 charge cycles. Available in six colour options, the scooter has a claimed range of 65 km on a single charge.

Fitted with CEAT tyres, the 10-inch wheels get 220 mm disc brakes at both the end. Other features include a remote key, anti-theft alarm, reverse gear, and wheel immobiliser. The scooter also gets an LED daytime running light and LED instrumentation. BattRE LoEV has a low kerb weight of 60 kg, which will make it a great companion for short, in-city commutes.

Founded by a former Airtel Executive, Nishchal Chaudhary in 2017, BattRE aims to address the issues raised by carbon footprint, noise pollution, and the hassle of traffic through e-bicycles and e-scooters.

With the launch of the new scooter, the company aims to double its sales via its brick and mortar dealerships. BattRE One, the company’s first electric scooter, was launched in June 2019.

In the last seven months, BattRE has focussed on increasing its touchpoints and has ramped it up to more than 50 outlets. It intends to open dealerships in Uttar Pradesh, Bihar, Madhya Pradesh, and Rajasthan by June 2020.

The company has also announced that it will be now supported by Sangam Ventures, which specialises in clean technology investments.