Netflix documentary ‘Period. End of Sentence’ sheds light on a band of women leading a silent revolution in a village outside Delhi 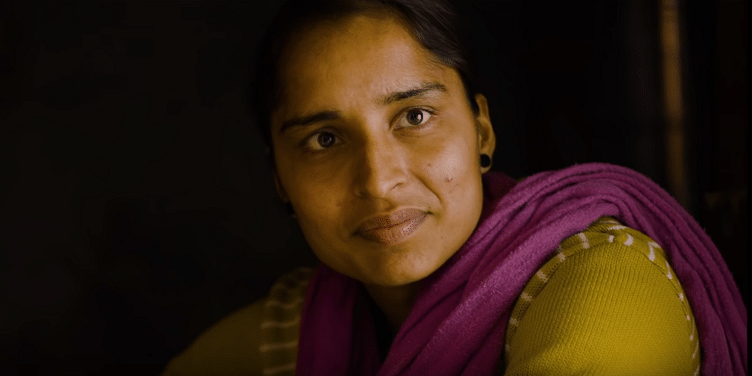 A new Netflix original documents the tale of a band of women leading a silent revolution in a small village, Hapur and brings to light the stigma that still exists around menstruation.

Netflix documentary Period. End of Sentence traces the journey of Suman, an aspiring police officer. She is fierce, resolute, and determined. Talking freely about her dreams, Suman says she wants to become a cop to save herself from marriage. A true story of female empowerment, the documentary is currently in the running for Oscars 2019 in the “short subject” Category.

Hardly ten minutes into the documentary – which itself is just 25 minutes long – it’s not difficult to understand why Suman sees a police job as an escape from her realities. After all, she is among a handful of women in Hapur, breaking stereotypes surrounding the ‘ladies problem’. A phrase that is used to refer to women’s menstrual cycle in many parts of India.

Beyond the cushy limits of metro cities and urban India, menstruation is still treated as a problem, even a disease.

Halfway through the documentary, a bunch of boys are left dumbfounded by a simple question: “what are periods?” Even as a bold one comes forward – he proclaims that it’s a rog (Hindi for disease) – his answer just proves the irony. An astounding number of people are still clueless about the menstruation cycle, menstrual hygiene and the need for sanitary napkins.

Driven by this issue, a group of young feminist students and teachers in the US created ‘The Pad Project’ to do something for school and college-going girls who have no access to sanitary pads or any form of menstrual hygiene products. And Netflix’s documentary Period. End of Sentence is their story.

What’s the story of The Pad Project?

The inception of The Pad Project and the Netflix short happened at Oakwood High School in Los Angeles, California.

An estimated 1.2 billion women around the world lack access to basic products for sanitation and menstrual hygiene. The numbers are even dire in India. According to the Water Supply and Sanitation Collaborative Council, only 12 percent of women have access to sanitary products in the country. As a result, when a girl hits puberty and gets her periods for the first time here, her struggles are manifold.

From the risk of infection due to the use of rags and unhygienic sanitary protection to the bigger problem of missing out on school; she faces a range of issues that The Pad Project made a part of their mission.

This is where the California-based Pad Project comes into the picture. It helps raise money to install pad-making machines in villages and rural areas where women do not have access to sanitary products.

An invention of India’s “Padman” Arunachalam Muruganatham, these machines make sanitary pads accessible to women at just 5 cents a unit. But more importantly, these machines help women gain financial independence by allowing them to make, market, and sell their own products.

A country of 355 million menstruating women, has only recently started embracing conversations around menstruation. This has happened because conversation-starting documentaries like Period. End of Sentence and Hindi movie , Pad Man have made an attempt to change mindsets and taboos surrounding menstruation.

If Arunachalam Muruganantham sowed the seeds of change, then organisations like the Kshitij Foundation, Saral Designs, Vatsalya Foundation, Healing Fields Foundation, and Delhi-based Sacchi Saheli are ensuring that the dialogue doesn’t end at the movie theatres and on social media platforms. Going beyond keyboard activism, these non-profits and startups have been targeting the very heart of the problem to break the period taboo.

Sacchi Saheli busts common myths around the topic by conducting sessions on menstrual awareness across various slums in Delhi. Husband-wife duo Shyam Sunder Bedekar and Swati Bedekar contribute by manufacturing low-cost sanitary napkins called ‘Sakhi pads’. They have even developed an incinerator for disposal. There’s also the social enterprise, Aakar Innovations, who has come up with a biodegradable and affordable option of sanitary pads, manufactured by women self-help Groups.

Together, these organisations are helping people, across the remote corners of the country, unlearn menstruation as we know it today - and helping to break  the ‘period’ taboo and do away with the shame, stigma, and whispers.