Why B-town celebrities like Soha Ali Khan, Farah Khan, and Tusshar Kapoor are dressing up their kids in Kanupriya Tibrewala’s Panchhi 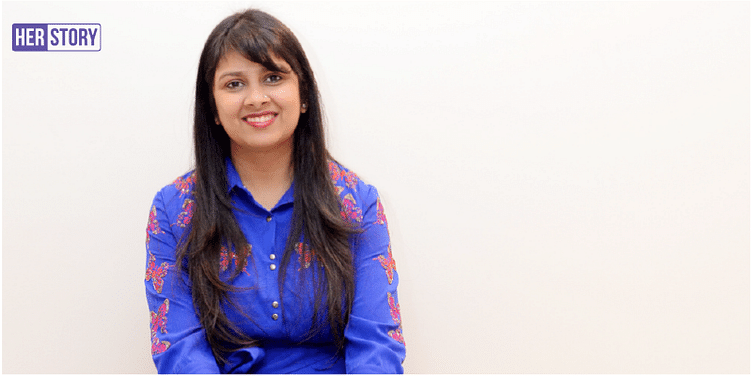 Based in Hyderabad, Panchhi is a range of “awwdorable” creations by self-taught designer Kanupriya Tibrewala that are appealing to celebrity parents across India.

An international business group’s business development executive by day, Kanupriya Tibrewala, a full-time mum since 2017, and a self-trained fashion designer through sheer passion, launched Panchhi. In the course of just two years, it has become the favourite of celebrity parents across India.

Originally from Uttar Pradesh, Kanupriya spent a larger part of her life in Bengaluru. She worked for an investment bank for three years before moving to Hyderabad in 2014 after getting married.

Kanupriya’s passion for design and the starting up of Panchhi happened quite by accident.

“When my younger sister was getting married in 2016, I decided to make outfits for my three-year-old niece. These outfits fetched a lot of compliments, and I began thinking of pursuing this more seriously. However, time flew by as I was busy in my personal and professional life.On a September morning in 2017, I woke up and finally ordered a sewing machine. When it arrived at my house, things began to sink in, and I searched for a tailor master. In a small room of my house, we set up a tiny workshop – this continues to be the Panchhi workplace. We made a few outfits, and did an official launch shoot in late-September. And, in October, we had an active social media page,” she says.

Once Panchhi was set up in one of the rooms of Kanupriya’s home, the pressure sank in - it was time to make something.

“I love confetti, so I literally dropped multi-colored sequins on white fabric, and asked the karigar to sew them in. I thought it would end up looking like a sky filled with sparkle, and it did! Since Diwali was approaching, I was clear that we should make a festive collection at the time of our launch. I asked the team to draw inspiration from fireworks, and incorporate them into embroidered motifs. They did giggle at first, but what came in the end was a stunning twirl-worthy lehenga with great volume. We don’t use can-can – a synthetic fabric to add volume underneath most clothes – so it took some time to develop the same volume using much softer fabrics. Alas, we had it,” she says.

Kanupriya started Panchhi with just a few dresses, gathering family kids, and doing a little launch shoot in her basement. She put the pictures up on social media and waited for orders. Thankfully, Diwali was approaching, and they went crazy with the Pataka collection, and got enough orders to run the wheels.

“I had conceived a baby at the same time. So, honestly, going through the first trimester and managing a new venture got very difficult. But the biggest pain point in this line of business for me has been to justify the prices and standing true to it. The cost of the purest of fabrics, excessive hand embroidery and overall production is quite high for us as we are trying to build a label for kids of the same quality and demeanour as adult fashion. It can be difficult to justify and communicate this until you build a clientele that appreciates these values,” says Kanupriya.

The startup offers a mix of outfits that have already been designed that can be modified based on inputs from a client. They also make outfits from scratch, based on a client’s specific requirements.

Kanupriya says her inspiration comes from how children are.

“They spend their lives being colourful, carefree, and curious. So, I try to imbibe these in our outfits. For example, we are currently working on our Holi collection – for a child, Holi is about colours, water guns, and balloons. So we put that on the clothes. Similarly, we have tried to embellish elements from several of their obsessions - unicorns, the animal kingdom, weddings, etc.”

The celebrity attention began coming when Kanupriya sent some some of her clothes as gifts to famous mothers on Panchhi’s first anniversary. “Fortunately, several of these celebrity mothers appreciated the clothes and actually used them, and some have gone on to become our regular clients. The industry is very well-connected, so word-of-mouth and Instagram posts have helped us knock on a lot more popular doors. It has been overwhelming,” she adds.

Soha Ali Khan and Kunal Khemu’s daughter Inaaya was dressed in Panchhi’s signature Pataka lehenga for Diwali. “We even spotted Farah Khan’s daughter Anya in a customised outfit for Diwali. Tusshar Kapoor was very kind to make Lakshhya wear a Munda Punjabi custom-made kurta set for a Diwali party, too. However, Mini Mathur and Kabir Khan’s household has been closest to my heart. Having dressed the mini-me Sairah for Diwali and again in Pancchi for a family wedding, their faith in us has been overwhelming. In fact, it is through Mini that we reached the Adnan Sami household – Medina wore our Candy lehenga to Isha Ambani’s wedding,” she adds.

Panchhi’s Instagram account is a huge hit and attracts a large number of customers. It has also partnered with other popular retail channels, and is also present at Petit Royal (Mumbai), and online stores like Little Muffet, and Little Tags. These are premium designer clothing stores for children in the country, and have a great clientele.

However, Kanupriya believes that running a couture label primarily customising for clients requires a consistently strong workforce. “The biggest challenge has been to attract and sustain workers, and show them kidswear is also a big industry, so it is not bad for them to leave their adult fashion labels and stick around with me. To hire new people is extremely difficult for this same reason!”

While the young entrepreneur has been blessed to have the support of her family for her venture, she admits that is is sometimes difficult to balance work and personal commitments.

“One of my major pet peeves is when other women don’t support or uplift other women. I have had to, on numerous occasions, explain to others why I am on Whatsapp at 1 am, or on Instagram in the middle of a party. You can’t really follow a 9-5 routine for these lines of business, or maybe you can, and I just haven’t reached there. To be labeled as a phone addict or someone who is always working has been a bit depressing when you are really just loving your work, and helping it grow with one reply at a time at whatever hour!”

Kanupriya is, however, undeterred when it comes to her future plans.

“We are considering moving from our cozy home workshop to a bigger space. My child is now eight months old, so there is a lot more bandwidth to move out and showcase Panchhi at some of the other amazing pop-ups happening across India, too. I’m also very keen to build and develop the kids lifestyle space in Hyderabad. We are doing a lot of discussions to engage with more mothers and children in the city so they have a forum to fall back on all-year-long.”

It all comes down to a dream, and Kanupriya gave it wings… to become the panchhi that soared into the sky.