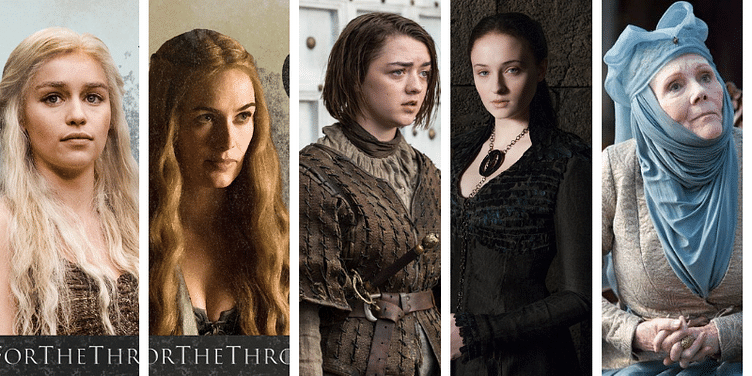 Game of Thrones delivered some very complicated characters over the years - some dark, some good, but all of them are ultimately unforgettable. The women, even more so.

After eight seasons of mystery and intrigue, war and peace, love and loss, deceit and good faith, one of the most popular television shows is coming to an end on Monday. Love it or hate it, you just can’t get away from the Game of Thrones fever. Even if you don’t watch it, this is one phenomenon that put social media on fire with memes, theories, jokes, discussions, and even debates.

Game of Thrones has set a precedent as to how relationships can change in the blink of an eye, or how one can descend into madness without warning.

The women in this show are a mixed lot and their underlying emotions define who they are – fearless, forthright, cunning,  or power-hungry.

Given that, it’s not surprising that there’s a lot we can learn from the women of the Westeros.  What happens when people are always making you doubt your own capabilities? Or better still, when they are not ready to accept you as you are? What about when everyone underestimates you all the time?

Here are some badass women from Game of Thrones and what they symbolise in life. If you haven’t seen the latest episode, be warned - for this post is full of spoilers. Also, a little humour has been thrown in for good measure.

When it comes to being resolute, the Khaleesi or Queen of the Andals (or Breaker of Chains and the many other titles to her name) is single-minded in her focus to reach the Iron Throne and get back what was rightfully hers. Mid-way, she freed cities and slaves, took marginalised people under her wing, and true to the Middle Ages – killed many too. Never mind if she has turned into the Mad Queen lately, but her strength is admirable only for the right reasons. After all, not all of us have dragons but we can emulate her resolve to not sway from our goals, can't we?

She may be the OG evil queen, and her questionable relationship with twin brother Jaimie may have set the plot in motion, but Cersei is the only woman, who has risen from the ashes like a phoenix, time and again. Her unconditional love for her children has been her biggest undoing. But we can all agree that self-confidence is something Cersei doesn’t lack. After all, who else could bounce back from that horrific Walk of Shame to continue her Machiavellian machinations. She may have met her end, but this woman did not give up until she had no cards left on the table.

The little girl who wanted to become Queen of the Seven Kingdoms has grown up and how! From a meek and obedient little bird,  Sansa is now a woman of the world – strong and unafraid to make decisions. Along the way, life taught the Lady Wolf some unforgettable lessons. But, even physical and sexual abuse did not pull her down and the little bird trapped in King’s Landing is now the Lady of Winterfell. Sansa learnt a lot,  and hopefully, will play a big part in the finale tomorrow.

At the age of 10, Arya was separated from her family. Lost and confused, she embarked on a long journey to become the deadly assassin she is today. From learning how to fight from the Dancing Master of Braavos, surviving captivity, a road trip (dangerous one) with the Hound, braving the Faceless Men - she has had one of the most difficult lives of all. Finally, it paid off when she plunged her Valyrian steel dagger into the Night King’s heart and ended the War of the North. Arya Stark is one character from the Game of Thrones worth emulating. Though her life has been all about revenge, she has still not lost her sense of empathy, and this little bit of humanity along with her tenacity makes Arya one of the fan favourites.

If there was anyone on the show who could match Tywin Lannister, it was the elderly Tyrell matriarch. She openly admitted to have committed unspeakable things to protect her family and ensure the safety of House Tyrell.

Olenna Tyrell is an accomplished player in court politics. She plotted and schemed, tore people apart with her sarcasm, wit and barbed comments alone, bringing intrigue and strategy to Game of Thrones.

Olenna was also fiercely protective of her grandchildren. While she may have died before avenging her family, Olenna brought in a fresh perspective to the storyline.

Good or bad, simple or complicated - they all taught us how to be a boss bitch and get things done.