From bump to baby: Women-led startups helping new mothers every step of the way 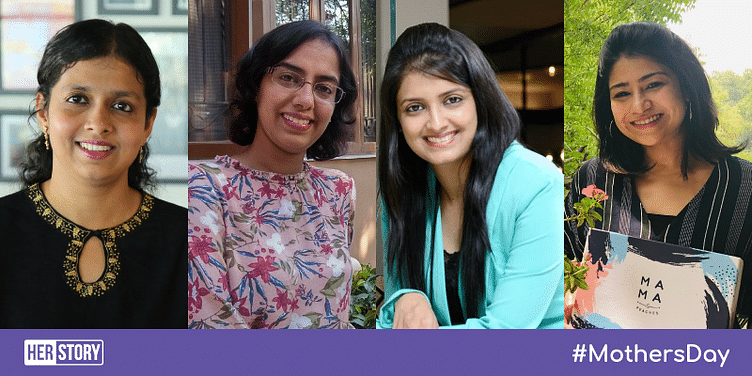 These four startups by mothers are helping women have a comfortable pregnancy, and take special care of their babies’ early development needs with subscription boxes and infant-care products.

Pregnancy and motherhood are challenging experiences that need special care and attention. Here’s how these four women-led startups are helping women have a comfortable pregnancy and look after their babies during their early days.

Co-founded by 28-year-old Vanshika Mittal, Mumma.com is a 'one-stop-shop' for every pregnancy need. Launched in 2018, the Delhi-based company curates special subscription boxes for expectant mothers, including safe and imported products to help alleviate morning sickness, nausea, acidity, pain, swelling and other discomforts that accompany pregnancy.

Vanshika says that their biggest challenge so far is making pregnant women aware of the brand's existence, but are gradually gaining visibility, with over 200 orders in the past three months. Mumma.com is also fully bootstrapped.

"We plan to make Mumma.com an ecommerce portal that meets all the needs of a mother right from pre-conception until her baby is four years old," says Vanshika, talking about the future of the company.

Also read: By women, for women: This startup wants every expectant mother to love those 9 months

Co-founded by 33-year-old Tanya Ghai in December 2017, Mama & Peaches offers monthly 'boxes of happiness' with five to seven natural and non-toxic products that are tailored to each mother's due date or babies' age.

Tanya decided to start the Delhi-based company when she became a mother herself, and realised that while there were various companies catering to the baby, none were focussing on the mother.

"Going through the most strenuous and demanding job of being a  mother, I wanted to introduce something that not only delivered a product but also delivered an experience with a feeling of reward and delight," says Tanya.

Alongside the subscription boxes, Mama & Peaches now also operates as an e-commerce/gifting platform with a variety of products to choose from.

Mama & Peaches currently has a base of over 10,000 customers. The company has tied up with a few corporates and hospitals, and also participates in exhibitions to help further their reach.

To begin with, Tanya says it was challenging to convince brands to be a part of Mama & Peaches because the concept was almost unheard of. But today, the operations run smoothly. The company is also fully bootstrapped.

The next steps for Mama & Peaches include a 'curate your own box' model which lets subscribers choose their own monthly products starting June 2019, as well as launching a Mama & Peaches TV channel that will aim to cover video content around common pain points of motherhood, like fitness and food.

Also read: 16 breastfeeding tips if you are a working mother

"Since babies spend a far greater time sleeping than adults, a lot of their development happens during sleep. While there are many brands catering to adults, there are very limited choices for baby and child mattresses. As a mother, I have also realised how important right bedding is, to support an infant's overall development," says Shruti.

So far, Beddy has sold a few hundred mattresses, and is present on ecommerce portals such as Amazon and Flipkart. The company operates through some retail outlets in Hyderabad as well. Beddy is also completely bootstrapped.

Shruti says that the biggest challenge so far has been convincing Indian parents that making their babies sleep on a separate mattress does not equal keeping them away. "Having different bedding is ideal for the comfort and safety of the babies," she adds.

Also read: From play to sleep to nutrition, these 8 women entrepreneurs are solving the everyday challenges of motherhood

When Radhika and her husband Bharath had their first baby in 2014, they noticed that she was uncomfortable while sleeping, and had an erratic sleep pattern. To solve this problem, the couple decided to take things into their own hands and build a cradle that helps babies sleep safe and snug.

The first prototype was made of an old cotton sari, a few linkages and a metal rod. The homemade product led them to have newer ideas, and they began adding additional features like a motor that automatically rocked the cradle.

After multiple test runs and extensive research about sleep for babies, Cradlewise is now a smart, battery-operated cradle available across India. It has an ergonomic hammock, baby monitor, safety alerts, sleep analytics, responsive soothing and calming music. Cradlewise gently rocks your baby back to sleep, giving you a break and some well-deserved rest.

Why this woman entrepreneur started an educational toys platform for children