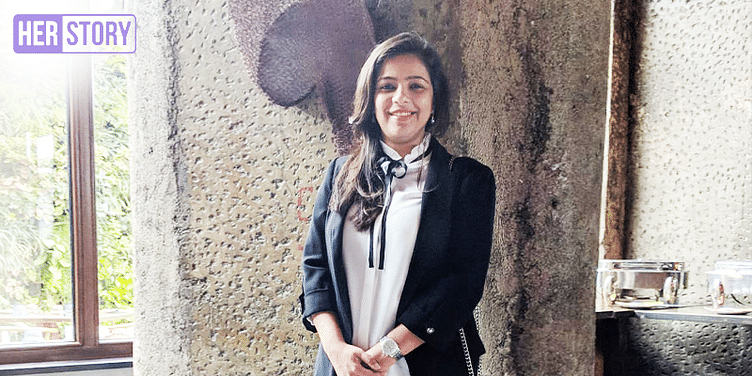 Mumbai-based Tina Tharwani is the Co-founder of Shaadi Squad, a contemporary and new-age wedding planning startup that has also organised the Priyanka Chopra-Nick Jonas engagement and the Virat Kohli-Anushka Sharma wedding.

A through and through Mumbai girl, Tina Tharwani has always believed in “making things happen”.

Her career has seen many diversions and progressions – she worked as an assistant director on TV commercials and feature films, was a talent and celebrity manager, but she found her true calling as an entrepreneur with Shaadi Squad,  a contemporary wedding planning startup.

Shaadi Squad was started in 2015 by Tina Tharwani and other founding members Saurabh Malhotra and Manoj Mittra. The trio worked together in production and then became friends and eventually decided to start up.

“I have always wanted to have a business of my own, and I saw a lot of correlation between film production and wedding planning. As cliché as it may sound, the motto to be my own boss, together with the correlation observed, is what led to Shaadi Squad,” she says.

In a freewheeling chat with HerStory she talks about the whole business of wedding planning, pulling off events like Anushka Sharma and Virat Kohli’s  wedding and Priyanka Chopra and Nick Jonas' engagement to why the wedding sector is a good career option for women.

Made in heaven but executed on earth

Tina says that the vivid portrayal of the chaos, and problems in popular Amazon Prime series Made in Heaven may have touched a chord but they watched the series with a big pinch of salt.

The target audience for this young team is mostly modern-day couples though they help execute traditional-style weddings too. “We like to call ourselves ‘new age’ wedding planners, so we think contemporary is more of our vibe.” Also mostly couples reach out to them than parents or an uncle or aunt, which is the case with most traditional weddings.

On an average, during the wedding season mostly spread across September to March, they plan an  average of 10-12 weddings. It takes around six to 18 months to pull off a wedding.

It took some time for Shaadi Squad to take off, and Tina says word-of-mouth publicity has been crucial for the startup to find its feet.

Then, how did they land big projects? This is a question Tina gets asked often.

“We landed Anushka and Virat’s wedding as we have been acquaintances from previous professional ventures, and they were generous enough to give a relatively new player like us such a huge chance. Later on, Priyanka’s team got in touch with us and we helped execute Priyanka and Nick’s engagement ceremony and party, so this one was completely organic. The fact that we had dealt with a celebrity wedding of such a scale before and had been able to keep things fully under wraps would perhaps have been instrumental in us landing Peecee’s events.”

Clearly, the team which comprises five core members excluding the three founders made a mark with Anushka and Virat’s wedding.

On what sets them apart, Tina says, “The process of planning Anushka and Virat’s wedding was much more detailed due to the sheer complexity of the varied destinations ie, Italy, Delhi, and Mumbai. Whereas, Priyanka and Nick’s engagement ceremony had to be planned and organised at the last minute - the scale also was much smaller, the vibe was much more intimate. In both these scenarios, I believe we managed to give ample time to both the projects and did our best in understanding their requirements in a short period of time. This certainly helped us build trust, and all the work then happened on auto-pilot mode, so to speak.”

The logo used at Priyanka and Nick’s wedding with an intertwined N and P was decided at 10 pm one night and was executed and up by 7 am the next day. Such last minute requirements are a part of the job and that’s what sets this team apart.

Tina and the team are unfazed by the celebrity status of the client. “We made sure that we were very honest about and considerate of all our viewpoints. After all, a wedding is the most real landmark event to occur in one’s life, and so we thought it  was best if we kept things real and honest!”

Each shaadi is special

Tina emphasise that each wedding is special for the Shaadi Squad. “Celebrity wedding or not, we try our level best to tackle all sorts of challenges that come in our way of executing a beautiful shaadi!”

But it goes without saying that celebrity clients  have certainly helped them in grabbing the eyeballs and scaling up. “We were finally being considered as serious players in the market, and these weddings certainly helped us spread the word across to our clients and the wedding fraternity alike, in general.”

The startup is using social media marketing and platforms like Facebook and Instagram to promote themselves extensively. “Our official website and Instagram page speak volumes about who we are as people. I believe that this representation is very important: a potential client may want to judge our social media posts before they approach us, and it definitely helps set the tone right from the word go!”

Going with the flow

Unlike other businesses, weddings are all about seasons and intensity of work increases accordingly. For this, Shaadi Squad relies on what they call “permanent freelancers”.  These are people with whom the core team has shared a brilliant working equation with in the past and can be counted upon at any time help is needed.

Tina takes care of  business development while the founding team manages finances, operations, and other tasks. As a startup with a young team they remain bootstrapped and haven’t started actively seeking funding yet. “There is still so much to do,” says Tina.

Dream with your eyes open

Tina believes that the wedding planning industry is a great place for women looking for challenging careers. “Representation of women is gradually gaining traction in every field, and the same goes for the wedding industry too. At Shaadi Squad,  women outnumber men by a huge margin within the organisation itself.”

Women and their EQ also make them a good fit for this industry. “Since women are known to have a better EQ, I am sure whoever wants to start their professional journey in this industry can definitely shine through, if they are passionate enough!”

As she works on more weddings this season Tina is in her happy place. She says, “With Shaadi Squad, I have realised the significance of dreams, and how proactively striving towards making it true can work wonders. So, dream with your eyes open! It is the only way they come true!”

As someone who is so busy organising other people’s weddings, Tina’s idea for her own wedding is simple.

“If and when I ever get married, it will be the simplest of ceremonies with my closest and nearest.”