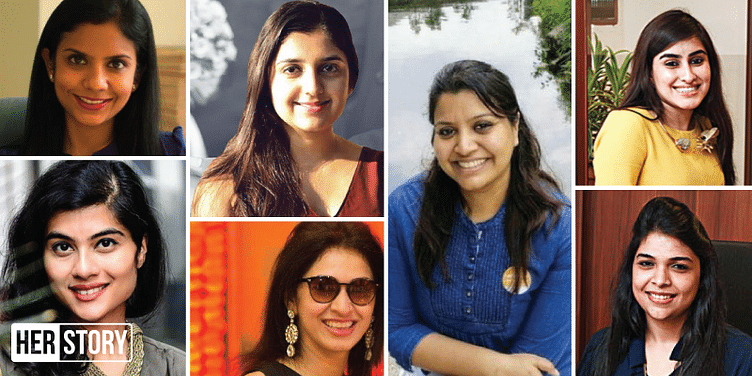 Weddings are made in heaven but need a lot of planning on earth. These women entrepreneurs and their startups are helping couples with everything, from planning for the big day to trousseau shopping and gifting.

While marriages are made in heaven, they are planned on earth. Pulling off a wedding is not an easy task since it requires a lot of planning and a lot of attention to detail. To make the big day perfect a lot of leg work and meticulous planning are required. And that is what these women entrepreneurs of wedding startups are doing.

We look  at some of the women entrepreneurs in the wedding planning space who are making it easy for couples to plan for their big day with ease. These women led and co-founded startups help with every aspect of a wedding - from photography to flowers, designer clothes to lighting, food, and gifting.

Co-founded by Khushbu Jagwani in 2016, in Indore the startup shifted base to Bengaluru later.  Fullonwedding curates vendors required for an Indian wedding. It connects the vendors and the people planning weddings. It works on a subscription model with its partner vendors. The company has raised an undisclosed Pre-series A round from HNIs.

Khusbhu holds an MBA degree from IIFT Delhi and is the CEO of the company. She leads on product and strategy at Fullonwedding.

Sanna Vohra is the Founder and CEO of The Wedding Brigade, a Mumbai-based wedding portal that is a one-stop shop for all the wedding-related services, products, and articles.

This investment banker turned entrepreneur has spent two years at Morgan Stanley and had also worked at Saatchi & Saatchi X, and Coca Cola’s marketing division. While at Brown University, where she graduated from, she co-founded a restaurant discounting company for students in 2009.

It was in 2014 when she was in Mumbai and seeing her friend struggle with organising her sisters wedding that the idea came to Sanna. She kept thinking up better ways to plan a wedding and researched for a few months. Later, she moved to India and started Indear which later became The Wedding Brigade.

Till date, the startup has raised a total of $2.6 million.

Mehak Shahani co-founded WedMeGood with her husband in 2014. Based out of Gurugram they help users plan their wedding. They are a wedding portal and a resource guide. In September 2015, WedMeGood raised Rs 2.7 crore from Indian Angel Network (IAN) and last month raised $2.6 million in a Series A round of funding from Orchid India.

Mehak, who has a postgraduate degree from the Delhi School of Economics (DSE), has worked as a risk manager at American Express. A serial entrepreneur, she also runs a makeup and fashion blog, Peaches and Blush.

Sudha Maheshwari is the Founder and CEO of ForMyShaadi, a wedding gift e-registry for the newlyweds. Couples can create a wishlist from which their friends and family can buy them gifts hence, making gifting an easy option.

In 2015 while deciding upon a wedding gift for a close friend, she looked for websites that would help her but when she didn’t find anything. Sudha then decided to start up and launch a wedding gift platform.

Six months of research and conversations also helped her realise that there was a need for what she had in mind.

An economics graduate, Sudha did her MBA in Marketing from Warwick Business School in the UK and has worked at multiple companies such as Deloitte, Citibank and Philip Morris across marketing, strategy, and communication.

Kolkata-based Shaadilogy was founded in 2016 by Aayshya Jhunjhunwala and Vasundhara Mantri. It is a platform that offers clothes and accessories from leading and upcoming designers. Launched in October 2016, Shaadilogy has a curated marketplace and an event management app.

Aayshya who is Chief of Operations and Business Development began her career as a psychologist and a counsellor. She has a Master's degree in Psychology from  Aston University.

Vasundhara is the Chief Curator at Shaadilogy. A fashion jewellery designer, Vasundhara has her own eponymous label and sells across different stores in Mumbai and Kolkata at leading stores and Shaadilogy.

Minnat Lalpuria is the Founder and CEO of Mumbai-based 7Vachan, which was started in 2012. 7Vachan helps with wedding preparations and you can find everything - from hotel venues for weddings to photographers, and makeup artistes, etc. Minnat studied engineering at SP Engineering College, and went on to work at TCS for six months, and then for the next few years worked in the digital marketing space. She then did her MBA from the Indian School of Business (ISB). Soon after, she started up.

Minnat had started 7Vachan with an investment of Rs 2 lakh and in its first year did a turnover of Rs 50 lakh.

With so many weddings happening in India, the demand is high and so is the competition. There are challenges too. As Khushbu of Fullonwedding told us in an earlier interview- “With so many cultures and communities coming together in India, it is challenging to build a product that caters to this largely diverse industry.” But Indians love their Big Fat Indian Wedding, and there is much space for growth for these women-led startups.