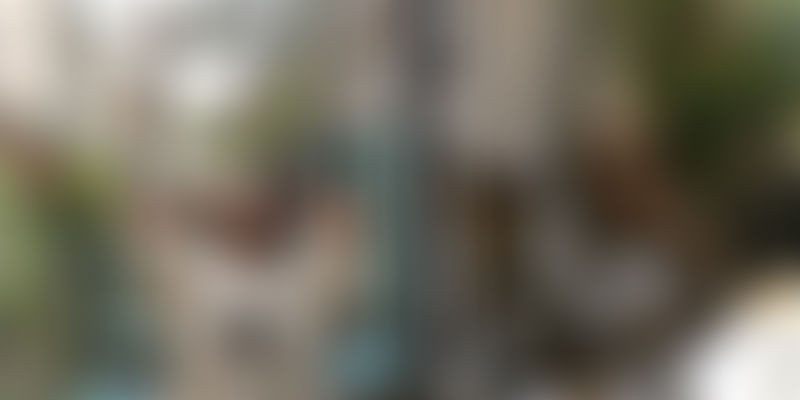 Sienna was first started by Shanta Ghosh as a part-time business in Santiniketan. Her daughter, Sulagna Ghosh, has scaled it by turning the shop into a successful and profitable store-café format in two upscale Kolkata neighbourhoods.

The global economic downturn of 2009 is believed to be by far the worst of the four post-war recessions. Sulagna Ghosh aka Shuli was finishing her undergraduate studies in English literature from the prestigious Ivy league institute of Columbia University in New York. Times were bad. The global economy was in doldrums. Organisations were aggressively downsizing.

Shuli decided it would be best to return home to Kolkata. Technically and legally, she could have stayed back, given that she was born in the US (and thus a naturalised US citizen), while her mother, Shanta Ghosh, was pursuing a master’s degree at the University of Pennsylvania.

Shuli was raised in Kolkata and had attended school in the city. On returning, her immediate aim was to convert her mother’s part-time business into a full-fledged one.

Shuli’s mother Shanta Ghosh was an architect who ran her own engineering firm. But she had always been inclined towards the arts, ceramics, and pottery.

It was this passion that prompted her to open Confetti with her now late potter friend, Prabhas Sen, in the early 90s. The two set up a small workshop in Santiniketan to train and provide employment to local artisans. They also started to retail from the same workshop.

Shuli had spent a lot of time at the workshop during her vacations, also trying her hand at pottery.

When she returned to India, she decided to focus on the business with a resolve to make it grow.

Shuli says, “While there is a market for mass produced pottery, we could offer a handmade option to discerning customers. I realised we needed to innovate, otherwise the workshop wouldn’t survive.”

Shantiniketan is a small town, 165 km from Kolkata, home to the Viswa Bharati University established by Rabindranath Tagore.

“While we would sell from a small shop within our workshop, there was no showroom as such. We would get a few large orders from people visiting the town or from hotels from time to time. But it was not regular or sustainable. That is when we decided to open a store in the city to tap into a larger client base,” she adds.

The mother-daughter opened their first store Sienna in a Kolkata mall in 2010. Sienna is the brand name for Confetti’s stores. While the store did well in the initial two years, business started to drop after that. Shuli explains, “Our store sold pottery and handicrafts. Being in a mall was not a good idea. Our positioning was wrong  and the rent was high.”

The mall outlet was shut down and Shuli shifted focus by converting an old family-owned bungalow, in an upscale Kolkata neighbourhood, into the next Sienna address in November 2016.

“The area in Hindustan Park where we set up our store already had a few boutiques. So the audience was already there. We thought we could have an environment where all of us could co-exist and help each other. There is Byloom that supports 100 weavers from Bengal. But we were not threatened by the others. We were glad they were there to make the neighbourhood a sought-after destination,” she says.

The 31-year-old entrepreneur also decided to set up a small café as part of the store to showcase pottery. The food became so popular that over time, the cafe took up half the space of the store.

“My mother is a great cook. She would make salads and soups at home all the time. We decided to use her recipes for the cafe; they became a big hit with our customers. We started on a small scale with tea, coffee, homemade food, and cakes and moved on to breads and cheese using mum’s recipes,” Shuli says. The cafe can currently seat 25 people and is a popular venue for live music events, book clubs, and product launches, ensuring a steady revenue inflow.

The products featured at the Sienna store include ceramics and pottery ranging from small incense holders, magnets to dinner sets and big vases. The store “will customise anything,” depending on the customer’s taste and wishes. Sienna also sells small to large tiles ranging from glazed to terracotta.

It also sells textiles sourced from weavers in Bengal, as well as jewellery made from waste fabric. It makes women’s clothing like dresses, tunics, kurtas, and gowns.

The initial funding for the business came from Shanta’s savings and, over time, Shuli paid back the money to her mother. The company currently has an annual turnover of Rs 3 crore and hopes to double it with a new outlet it has recently opened at Kolkata’s iconic Park Street. They plan to approach VCs in a year to raise a round of funding.

The recently opened store at Park Street also doubles as a co-working space with 75 seats.

The idea to incorporate a co-working space came from Sienna’s Hindustan Park outlet.

Shuli says, “People would and still prefer to work and network from the outlet. That’s what sowed the seeds of creating a proper co-working space with the option of cubicles, individual seats, and a seminar room at our Park Street space.”

Reacting to how Sienna will stand out with its co-working space at a time when such spaces are mushrooming all over the country, including in Kolkata, she says, “aesthetically we are very different and that is what will set us apart”.

While Sienna wants to stay “rooted in Bengal,” it has plans to expand beyond the state with its store-cafe model as well as exports.

“Outside Kolkata we would want to tie-up with a local partner rather than going as an outsider. Someone who has a place. Sienna’s next stop is likely to be Mumbai,” says Shuli.

She would also like to open a store in the US in the next couple of years, either in New York City or San Francisco.

As far as exports are concerned, the company has shipped both ceramics and textile over the years, but mostly on an ad hoc basis. Shuli is now taking the export market seriously and recently shipped goods to the US and the UK. The company intends to  double down the efforts to strengthen exports in the next couple of months.

As far as strategic tie-ups go, the company has sold its products through Fabindia in the past and is open to doing so in the future too. It is also looking at other brands like Good Earth.

Why Kolkata-based voice assistant startup Mihup feels offline is the way to go to protect priva...