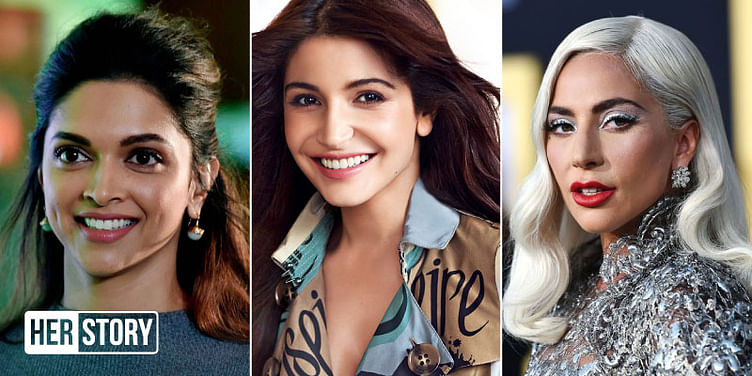 These celebrities are helping to break the stigma surrounding mental health by openly speaking about their experiences and advocating for timely treatment and therapy.

There is still a lot of stigma surrounding mental health. Despite constant awareness initiatives and programmes, people who suffer from anxiety, depression or other issues refuse to seek professional medical help.

Many do not understand that like physical ailments, conditions of the mind also need to be treated.

According to the World Health Organisation (WHO), one in four people in the world will be affected by mental or neurological disorders at some point in their lives. At present, around 450 million people suffer from such conditions, placing mental disorders among the leading causes of ill-health and disability worldwide.

These statistics certainly paint a grim picture. Many countries still do not have an effective mental health policy in place. Also, while treatments are available, many do not avail of them because they do not understand the seriousness of the disorders or are dissuaded by family from seeking help.

But when awareness campaigns are spearheaded by celebrities, it mitigates the stigma to some extent. The thought that “If larger-than-life celebrities have gone through the same thing and come out of it, so can I,” helps a lot of people.

In India and around the world, several celebrities have spoken about their experiences with mental health – from depression to bipolar disorder, Post-Traumatic Stress Disorder (PTSD), Obsessive-Compulsive Disorder (OCD), and others.

Speaking up, and showing emotions and vulnerability to the world is not been easy. But in doing so, these celebrities have helped others break the stigma and seek help.

When it comes to consistent awareness about mental health in India, one does not have to look further than Bollywood actor Deepika Padukone. She has spoken about her past experience with depression on national television. Recalling the “dark days”, Deepika spoke about how she sought support from her family and medical help from Dr Anna Chandy, a psychiatrist based in Bengaluru.

Along with Anna, Deepika runs The Live Love Laugh Foundation to help create awareness about mental health and change the way we look at mental health. At a fundraising dinner for Youth Anxiety Center in New York last month, the actor used the opportunity to speak about mental illness.

In an Instagram post she later wrote: "Mental illness has presented society with a very tough challenge...but my experience with the illness has taught me so much; to be patient for one.. but most importantly that there is 'Hope'!"

In the cover interview of the October issue of Vogue in 2018, Lady Gaga opened up about her PTSD and how it crippled her life, triggered by a sexual assault she faced at the age of 19.

The assault also triggered her fibromyalgia, which caused chronic pain. At the peak of her career, she was struggling with PTSD, anxiety and chronic pain. Though it took the singer many years to open up about her sexual assault, she says help from doctors and counsellors put her on the path to recovery.

Being vocal about her struggle with mental health, she also started the Born This Way foundation to educate the world on mental health and encourage people to speak out on the issues they face.

It is also planning to launch mental health programmes in many high schools in the US. The singer always ask for more “compassion” and “understanding” for those suffering from mental trauma.

Popular Indian actor Anushka Sharma has gone through her fair share of anxiety. In 2015, the successful star revealed in a magazine interview, “I have anxiety. And I’m treating my anxiety. I’m on medication for my anxiety. Why am I saying this? Because it’s a completely normal thing. It’s a biological problem.”

The actor believes that more and more people should speak about mental health openly and it’s nothing to be ashamed of. She also wants to make mental health a mission in life and contributes to various awareness programmes.

That it is a normal and important necessity is apparent as Anushka asks, “If you have stomach pain, won’t you go to the doctor?”

Disney Girl and popstar Demi Lovato has spoken openly about suffering from mental illness since childhood. Harbouring suicidal thoughts since the age of seven, Demi also suffered from eating disorders and caused self-harm when she was a teenager. The singer was also diagnosed with bipolar disorder.

Despite the many struggles, Lovato has not shied away from talking about the importance of mental health. As the leader of the initiative Be Vocal: Speak Up for Mental Health, she encourages people across the US to voice their support towards mental health.

She exhorts people to never hesitate to ask for help, and to “never give up, as things can always get better”.

While Oprah Winfrey’s success may have spurred millions of women all over the world to give wings to their dreams, her life has been one of immense struggle. It took a long time for Oprah to reveal that she had been constantly abused as a child by a relative and her anxiety was rooted in this terrible experience.

She has also talked of seeking treatment for anxiety attacks, severe suicidal depression, and manic thoughts. Like other celebrities who suffered from the same experiences, Oprah too feels mental health should be taken seriously and not be stigmatised. She is also collaborating with Prince Harry, the Duke of Sussex on a new mental health series for Apple TV.

A statement on Instagram revealed that Prince Harry and Winfrey have been working on the series for several months and it will launch in 2020.

Why women need to make mental health a priority