How Bulgarian dancer Katya Tosheva fell in love with Bharatanatyam, Kathak, and Odissi

Food, art, culture, landscapes, languages - India has all this in abundance and variety, and much more for its residents and visitors from around the world. For Katya Tosheva, 39, who hails from Sofia, Bulgaria, the various forms of Indian classical dance forms drew her attention.

In conversation with HerStory, Katya tells us why she loves India, taking us through her journey of classical dance and self-discovery.

To begin with, Katya Tosheva never dreamt of pursuing dance as a profession. Although she had practised Bulgarian folk dance, life took a very different turn. She studied economics in high school and took up engineering in university. Then, she worked as an engineer at a GPS company for 13 years, specialising in industrial management.

“I have always liked dance. During my childhood, I dreamt of becoming a ballerina, but I did not have the slim body that teachers expected, so it seemed impossible for me. I only danced at parties with my friends. But when I was 30, I discovered Indian dance forms and completely fell in love.”

Katya tells us that it took her a year for her to become brave enough to look for someone willing to teach her Indian classical dance forms. She received lessons from various teachers and participated in many workshops. But when she travelled to India for the first time, she realised this was where she wanted to pursue her passion.

Realising her passion, Katya faced a new challenge. She recalls, “Along with my day job, I used to participate as a dancer in theatre plays. I once asked for a leave of two days so that I could travel and my boss was not happy. He said, Katya, you have to choose: this job or your stupid dance.”

She says it was a tough decision to make because she had a good position and a good salary at the company she worked at, quitting which meant she wouldn’t be able to earn. At the same time, she also wanted to follow her heart.

“I resigned the next day. And I felt free and happy,” Katya says.

In 2013, Katya finally arrived in India, landing in Chennai. The moment she stepped out of the airport, she felt like she was in the right place. While Katya was elated to finally be here, there were a few things about India she had to get used to. She says,

“Of course, there were many things that differed from Bulgaria – so many people on the street and such crazy traffic. It was also difficult to remember that I couldn’t drink water from the taps, like I did back home,” she says.

Although there were many changes that Katya initially found challenging, she was happy to explore the culture, food, rituals, and traditions.

Over the years, Katya has explored Bharatanatyam, Kathak, and Odissi. She has been learning Bharatanatyam from her Guru Nivedita Badve in Pune, Kathak from Pandit Ravi Shankar Mishra in Varanasi, and Odissi from Sharmila Mukerjee in Bengaluru. Katya also dabbles in Bollywood dance and fusion. She has already performed over a 100 times in India, Bulgaria, and other countries.

Katya’s love for Indian classical dance forms has only been growing and is devoted to the art forms. On what she loves most about them, she says,

“I like the depth. There are so many things you need to learn – it’s an endless process. I also like the physical aspect, because you need to practice every day. Yoga and the basics help me improve my strength and stamina. The dance forms also calm my mind; I don’t have time for negative thoughts.”

Katya also loves to read mythological stories about various Indian Gods and rituals, and likes to express different emotional states through her dance. She says that she has learnt a lot about herself and can even control her emotions better. “I like the storytelling, the language of the mudras, and of course, the beautiful costumes, jewellery, and make up,” she adds.

The biggest challenge Katya faces is practising three different dance styles at the same time. Over the years, she has managed to split her time and develop her skills equally. She also tries to keep her body in good shape so that she remains flexible and strong and has enough energy to dance.

“Another challenge is to be able to earn enough as a dancer. Often, when people invite me to perform, they say they don’t have enough budget for the artistes. So, now I am in a situation where my soul is full but my pocket is not,” she adds.

Katya also finds it hard to make time for her friends and family. However, she is slowly learning how to organise her time better.

She also recalls that two years ago, she realised the fragility of human life when she broke her leg and had to stay in bed for a month.

As a classical dancer from abroad, Katya may have expected to face some odd glances. However, she says this was absolutely not the case. She says,

“People were happy although it surprised them. They were very curious to know how and why I developed a liking for Indian dance forms. I feel lucky to be accepted although I’m not Indian.”

She says her husband, who is also Bulgarian, has also always supported her and encouraged her to follow her heart. He accompanies her to the Kathak dance performances by playing the tabla, often helping her understand the rhythm.

Katya is also grateful for the support she has received from her friends and family who promote her work and boost her confidence. She says they also remind her to stop being a workaholic and enjoy life sometimes.

When it comes to being inspired, the dancer tells us that she finds inspiration in everyone and everything. When she is in Bengaluru, she lives at her guru’s dance academy, observing the rehearsals of senior students. Through this, she feels motivated to continue with her own practice.

“The other artistes I work with also inspire me with their discipline and the mood they create on stage. And of course, my audience! When I get on stage, I feel like we are one. It’s really a thrilling experience to share the energy and happiness,” she adds.

Katya is also inspired by the primary school children she teaches Indian classical dance to in Bulgaria. During the last summer, she started teaching a group of kids in her grandmother's village.

She and her students have had two performances at a local festival, for which Katya stitched the costumes and made the jewellery by hand along with the children.

Katya's goal is to simply live a happy life. The dancer hopes that her body stays fit so that she can continue sharing the beauty of Indian dance forms with the world. She also dreams about earning enough so that she can travel to India more often, work with more artistes, and teach more students.

To other women pursuing dance, Katya has some advice:

"Don't forget to smile and be good to others. Keep your body flexible, eat good food, and drink lots of water. Most importantly, enjoy life and your dancing, and don't compare yourself with others. Be happy!"

Meet the designer whose hand-painted footwear are a hot favourite of Sara Ali Khan, Sonakshi Si... 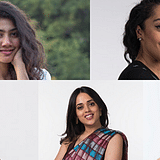 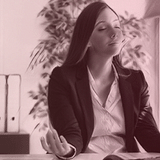 Why you must take a 60-second health break from work, while at work 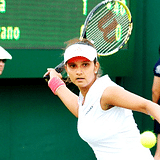 Excited to be able to share my story with my fans: Sania Mirza on biopic 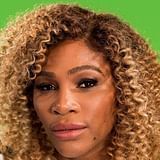