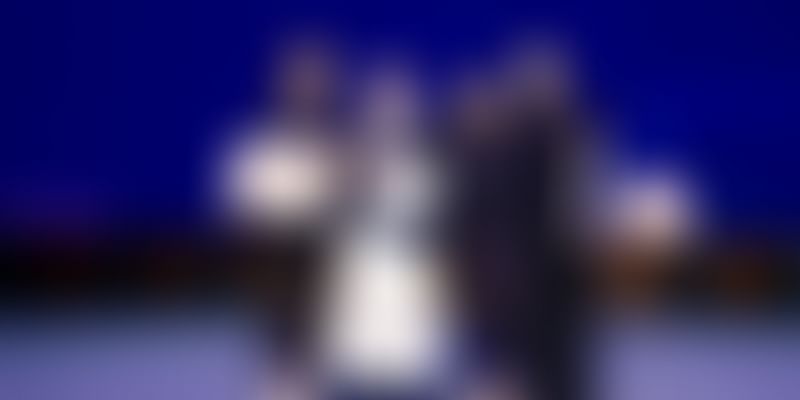 Earlier this month, Dr Nusrat Sanghamitra, scientist and Founder of CyCa OncoSolutions, was awarded at the She Loves Tech Global Startup Competition 2019, in Beijing, for her innovation in anti-cancer drug delivery.

On September 14, CyCa OncoSolutions, founded by Dr Nusrat Sanghamitra, won the third prize at the She Loves Tech Global Startup Competition 2019 held in Beijing. Based in Odisha, the startup has developed a 'path-breaking cancer drug delivery device'.

Mentored by Kerala Startup Mission (KSUM), CyCa OncoSolutions has been hailed as a breakthrough in cancer treatment. It started operations from KIIT-TBI Bhubaneswar, and recently moved to NCL Innovation Park, Pune. It also has an Irish branch, which operates from University College, Cork.

The startup has developed an 'efficient, non-toxic invitro and in vivo' delivery method to combat cancer. It works through a nano-technology driven molecular drilling device and directly delivers anti-cancer medicines to the affected cells. It is expected to cause very little harm to the unaffected cells and display fewer side effects.

Dr Nusrat says this technology can sharply bring down the economic and social cost of managing cancer, which is a major issue with public healthcare systems around the world. It is capable of improving the quality of life for nearly 15 million cancer patients across the globe.

Initially a researcher and scientist in chemistry, Dr Nusrat was determined to find a better anti-cancer drug with fewer side effects. She eventually shifted her research to protein engineering, biophysics, and cell biology, and ventured into entrepreneurship. Speaking about her journey, she says,

“Entrepreneurship is not just a career option. It is a way of life. It’s a mindset that strives to make a difference in people’s life and to make a positive impact on society by one’s professional and personal endeavours.”

The startup had previously won the first prize at the She Loves Tech India meet organised by KSUM in Kochi last month. Following this, Dr Nusrat attended a four-day boot camp in Beijing and subsequently made her way to the global summit.

Startups from Germany and the US bagged the first and second prizes respectively at the summit, which saw a total of 15 women-led enterprises from around the world for the final round.

From conversational AI to digital transformation, these women entrepreneurs talk about tech-ena...